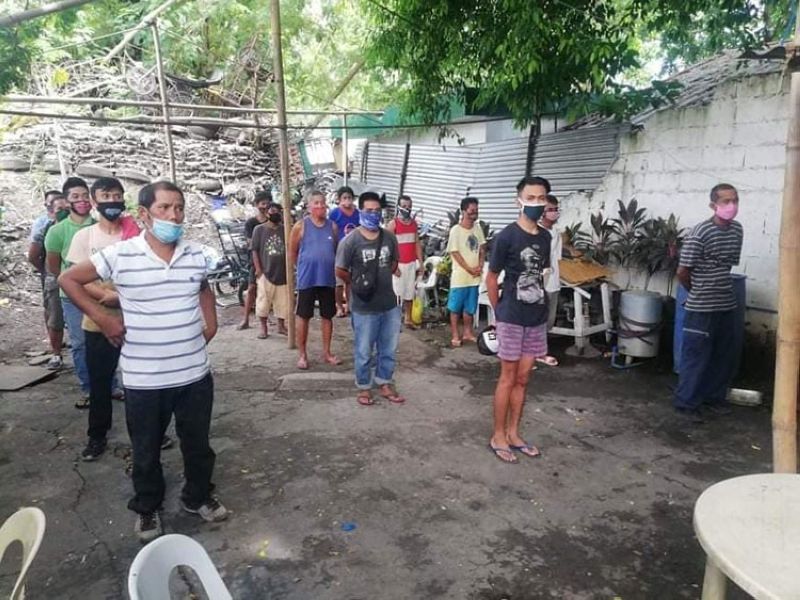 BACOLOD. Authorities arrest 610 residents in Bacolod City for violating the health protocols in the campaign against coronavirus disease (Covid-19) from May 22 to 23. (BCPO photo)

A TOTAL of 610 persons in Bacolod City were arrested by Bacolod City Police Office (BCPO) for violating the health protocols in the campaign against coronavirus disease (Covid-19) from May 22 to 23.

Police Lieutenant Colonel Ariel Pico, spokesperson of BCPO, said yesterday the violators were arrested by personnel of Police Stations 1 to 10 along with the operatives of Mobile Patrol Group (MPG) and Bacolod City Mobile Force Company (BCMFC) for not wearing face mask and not observing physical distancing.

He said the violators will be charged for violation of Article 151 of Revised Penal Code for disobedience to person on authority, in relation to Executive Order No. 35.

They will file the case in regular filling.

“Hopefully, this will serve as lesson to the erring Bacolodnons. Let’s cooperate to stop the spread of the virus. Always wear the mask in the public places and observe the physical distancing,” he added.

BCPO director Colonel Henry Binas earlier ordered all the station commanders to arrest and file charges against the violators of health protocols in the city.

The station commanders were directed to arrest those who are not observing the physical distancing and not wearing of face mask in public places.