EXPLAINER: UP May 20 study urges 'continued' restrictions. Would Cebu City stay at MECQ after May 31? 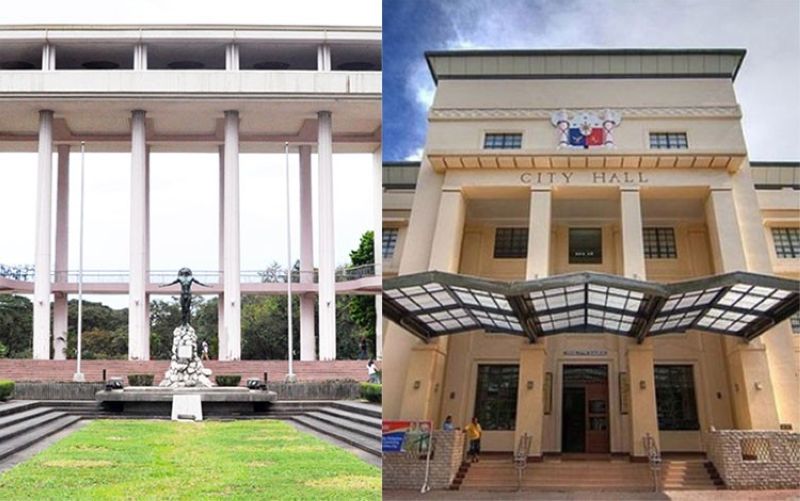 Facade of UP Diliman and Cebu City Hall. (Photos from UP website and SunStar Archive)

THE SITUATION. A University of the Philippines panel, in its latest Covid-19 forecast (#17, dated May 20 and posted May 22), recommends that the national government "continue significant restrictions" in the National Capital Region and Cebu City.

Cebu City, along with Mandaue City and Talisay City, are under MECQ or modified enhanced community quarantine until May 31.

As to those under general quarantine or GCQ -- such as Cebu Province and Lapu-Lapu City -- and even those not under quarantine, the UP forecast says "vigilance is still needed" to ensure that new Covid-19 cases are "immediately detected and new outbreaks prevented."

The UP panel -- composed of Guido David, Ph.D., and Ranjit Singh Rye, MPA, and a research associate, with five other academicians who contributed to the study -- is just one of several think groups that help the Inter-Agency Task Force on Management of Emerging Infectious Diseases (AIATF-MEID) craft policy to contain and beat the coronavirus.

The UP group's handprint though shows in previous extensions of the life of community quarantines, especially in the high risk areas of NCR, Laguna and Cebu City. In its April 22 and May 22 forecasts (a total of seven reports so far), the UP panel warned of "premature relaxation" of the ECQ, which it said, could lead to a spike in the number of new Covid-19 cases.

Spread not yet stopped

The UP experts say in its May 20 report:

[1] Implementation of the ECQ has been "critical" in reducing transmission and deaths due to Covid-19 in the country;

[3] That, despite "limited testing and contact tracing." Does not mean, however that "the positive trend is irreversible."

[4] For Metro Manila and Cebu City, the number of new cases is "still very high" and the rate of transmission also "remains high." Thus, their recommendation to go on with the "significant restrictions: in NCR and Cebu City and "expand the same as necessary to other high-risk areas."

Using data of May 16, the study projects the trend for 30 days. Cebu City (with Zamboanga City), the study says, needs to be "monitored closely" and measures "should be put in place to prevent the spread of the pandemic." Lapu-Lapu and Mandaue also "need to be monitored closely for possible outbreaks in the next few weeks."

One wonders how the results of the mass testing in the three cities will change the risk assessment and their quarantine ranking in the weeks after May 31.

The UP panel used the "calculated values" of R and the number of new cases daily per million of population to determine the level of risk in each LGU.

Resurgence not an "if"

Along with its call for "continued vigilance," the UP report cites the "likelihood of a resurgence." It seems to be, it says, "not a question of 'if' but 'where and how bad.'" "The virus is still with us and we have not yet developed a herd immunity to sustain the gains from the last ECQ."

The panel's formula for decelerating the emergency: government:

[2] Must enforce the rules on physical distancing and other health safeguards, especially in establishments that operate under MECQ.

And, again, the UP panel's warning, "the gains" achieved by the "collective sacrifice" of the enhanced quarantine "should not be squandered by prematurely lifting or not strictly enforcing restrictions."

Whether the UP group's recommendation will lead to a longer MECQ in Cebu City, Mandaue City and Talisay may depend on how policy-makers will balance the need to save lives against the need to revive the economy and save people's livelihood.

It's the IATF's and President Duterte's call, with some prodding from local government leaders.