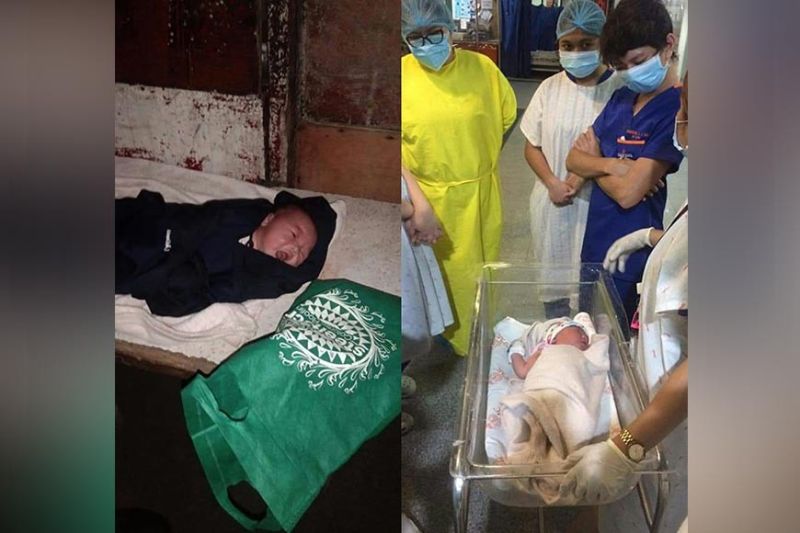 AUTHORITIES are now looking for the parents of a days-old baby girl who was abandoned and left on a table at the Roxas Night Market on Saturday evening, May 23.

Based on the report provided by Davao City Police Office (DCPO) Director Colonel Kirby John Kraft, that the infant was found around 8:50 p.m. Saturday, May 23.

The Sta. Ana Police station received the information that there was an abandoned infant found along Roxas Avenue and Padre Zamora St., Davao City. It dispatched personnel from Women and Children Protection Desk (WCPD) to conduct an investigation.

Based on the investigation, it was learned that a concerned citizen, identified as Gelsun O. Umbac, noticed that there was a crying infant abandoned on top of the table of an eatery.

The infant was wrapped in a pranella and dark blue jacket.

The infant, described to be more or less two to three days old and weighing three kilograms, is now in good health.

The report also stated that Umbac, while he was inside his sari-sari store, said an old woman, who frequently roams the area, informed him of the location of the baby. The woman is believed to be mentally challenged.

Umbac immediately informed the nearby Police Control Point on Roxas Ave. The cops facilitated the rescue of the infant and subsequently brought her to Southern Philippines Medical Center (SPMC) for medical evaluation.

The infant was already referred to a medical social worker of SPMC.

"Personnel of Sta. Ana Police Station is conducting a follow-up investigation to identify the person who left the infant on the top of the table," the report said.

The mother could face child abuse cases for neglect and abandonment of her baby.