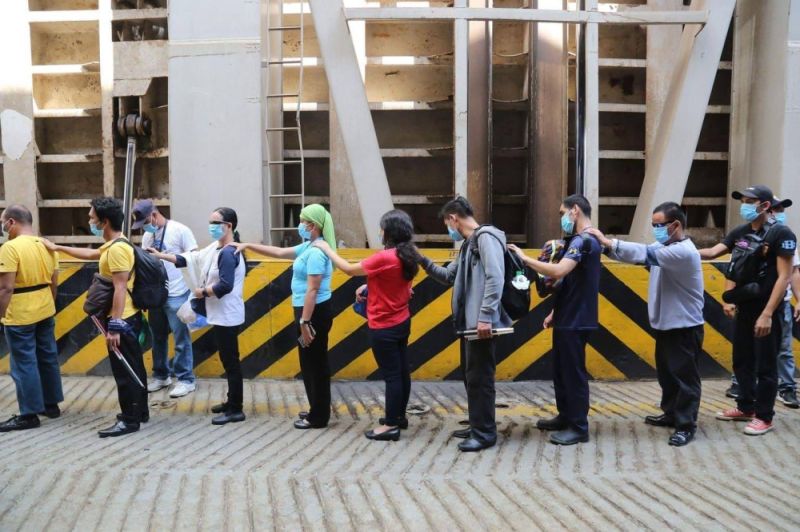 SOME 60 stranded Dabawenyos in Cebu arrived in Davao City on Monday, May 25, through a sweeper bus trip after nearly two months of being stranded.

Duterte-Carpio said the bus trip was sponsored by the Office of the Special Assistant to the President (Osap) for the Visayas.

Veloso said most of the stranded wanted to go home since they already lost their jobs.

The stranded passengers were boarding Super Shuttle Roro 10 going to Cagayan de Oro City where they were fetched by the City Government of Davao for a land trip returning to the city.

On the same day, Duterte-Carpio announced that two sweeper flights initiated by the Overseas Workers Welfare Administration (Owwa) arrived in the morning and afternoon straight from Manila.

The mayor, during the interview, has not received further details as to how many passengers were carried during the flight.

Duterte-Carpio reiterated that health screenings and protocols were properly observed while catering stranded passengers going to the city.

She also said that they are looking into the possibility that some of these passengers would be positive with the coronavirus disease.

"I-expect lang pud ninyo nga duna gyuy mag positive sa ilaha, because walay tambal/bakuna, motuyok ang mga tao, motuyok gyud na ang kagaw. But ang importante duna tay sistema [sa health screening] nga naandam sa pag manage sa Covid-19 (We should expect that there will be someone among these passengers who will be positive for Covid-19. It is expected since there is still no medicine or vaccine. While people are still going around, the virus is also being carried around. But what is important is that we have an existing health screening ready to manage those with Covid-19)," the mayor said.

Recently, two passengers who arrived from the May 21 Owwa flight failed in the initial health screening and are currently undergoing confirmatory tests at the Southern Philippines Medical Center (SPMC).

A similar mercy flight conducted on May 12 had three coronavirus-positive patients who were immediately sent to SPMC after testing positive in the reverse transcription-polymerase chain reaction (RT-PCR) test for Sars-CoV-2, the pathogen that causes Covid-19.