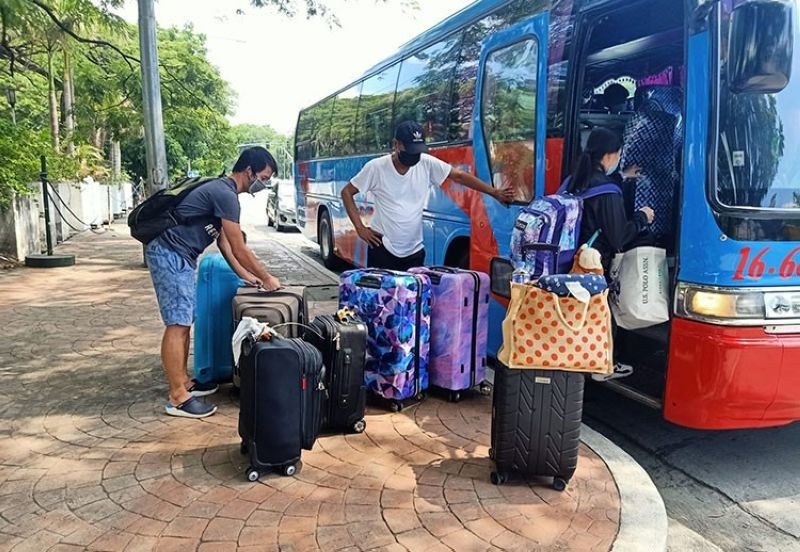 Duterte said there are currently 24,000 OFWs stranded in quarantine centers in Metro Manila.

There are 302 more OFWs coming in shortly and around 62,000 who are expected to arrive as soon as airports open, the President said, quoting Labor Secretary Silvestre Bello III.

“‘Pag hindi nyo tinanggap yan, magkagulo tayo, ang Pilipinas (If you don’t accept them, there will be chaos),” Duterte said in a meeting with selected government officials Monday night, May 25.

He said the OFWs, who have been displaced by the coronavirus disease (Covid-19) pandemic, are stranded in Metro Manila because the local governments are not allowing them to go home.

“In their desire to protect their respective turf or territories, I can say if that is the way they would handle it like a chieftain of a city or province during a pandemic time, okay 'yan. Pero alam mo hindi naman lahat talaga nagkasakit (not everybody is sick) and it is very cruel actually to deny them to go home,” he added.

Department of the Interior and Local Government (DILG) Secretary Eduardo Año said all the 24,000 OFWs stranded in Metro Manila have tested negative for the novel coronavirus, or Sars-CoV-2, which causes the coronavirus disease (Covid-19).

Duterte earlier ordered the use of all government assets to bring these OFWs home within one week.

On Monday night, he ordered LGUs to accept the returning OFWs.

“You know, I’m ordering you to accept them, open the gates of your territories and allow the Filipino to travel wherever they want,” the President said.

Sequestration of people should dovetail the national policy, he said.

“(So) as not to confuse people, you are not allowed to unilaterally declare na ganito - you are closing the egress and ingress ng tao. Mahirap ‘yan, magkagulo tayo (That will result in chaos),” he said.

“If you want a measure to be implemented in your LGU, ask permission from the task force,” he added, referring to the Inter-Agency Task Force for the Management of Emerging Infectious Diseases.

He said the movement of people involves many issues.

Año said any OFW who fails to present his negative test result should still be accepted and put in isolation centers as he reiterated that all 24,000 have tested negative.