Bzzzzz: Atty. Amay Abella and the City Council seat she didn't get. Sinas off the hook again 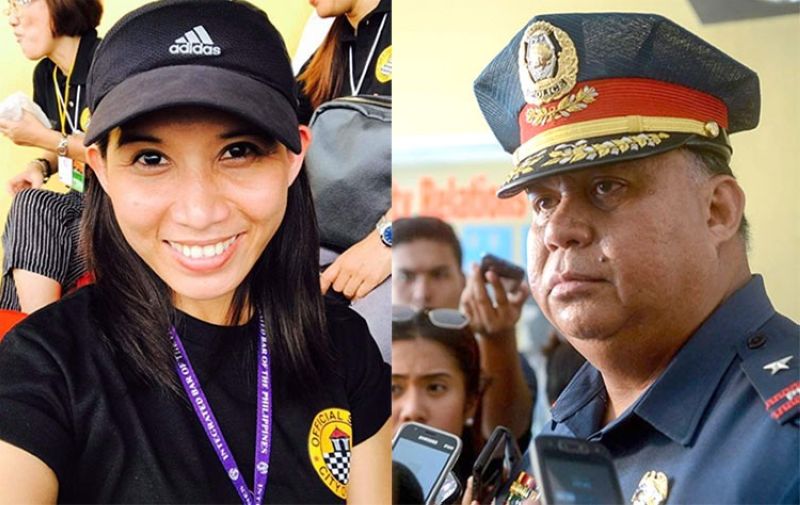 [1] AFTER-MAY 31 SCENARIO IN CEBU CITY. The May 20 UP forecast recommends "continued restrictions" for Cebu City, which could be status quo or MECQ (modified enhanced community quarantine).

Or it could be MGCQ (modified general community quarantine). The idea of a modified GCQ for Metro Manila is floated by Manila Development Authority general manager Jojo Garcia, who says a location-based or sector-specific lockdown would be "more manageable" for local communities.

Cebu City may be placed along with Metro Manila as it has been so categorized for some time now. Like the National Capital Region, Cebu City -- along with Mandaue City and Talisay City -- are under MECQ until May 31.

[2] PRESIDENT'S ADVICE: DON'T BE TOUCHY ABOUT CRITICISMS. President Rodrigo Duterte gave that bit of advice Monday, May 25, to his health secretary, Francisco Duque III. The advice could very well apply to most everyone in government who have become sensitive, in these trying times, to occasionally mean social media commentary.

How Abella missed the boat

Atty. Marie Velle "Amay" Abella of BOPK eliminated Sherwin Luis Abella, an "independent," when the Comelec, on her petition, declared him a nuisance candidate in the 2019 elections in Cebu City. But the ruling came too late, only in July when the declared winners had already assumed office. And a huge legal obstacle blocked her way.

Sherwin was suspected as a stooge set up by rivals of Atty. Amay to invalidate some of the votes for her. Partido Barug's Phillip Zafra bagged the last slot as #8. Atty. Amay placed #10, trailing Zafra by only 5,202 votes. With the votes that Sherwin Abella's running took away, she could've zoomed to Zafra's spot and dislodge the Barug bet.

But that was not to be so. Sherwin Abella, who never showed up at the Comelec hearings to dispute his disqualification, got 20,262 votes (as compared to Amay Abella's 110,090). Sherwin's votes though could not be credited automatically to Atty. Amay because, unlike in a contest for one seat (such as the mayor's or vice mayor's race), a vote for councilor is for one of eight seats, a "multi-slot" vote.

Zafra had only a slim edge over Atty. Amay and that could've been wiped out to enable the lawyer to leap to #8. But the votes had to be recounted to pick out ballots that contained only one "Abella," which would be added to Atty. Amay's pile. That would need a recount, an election protest, which would've required BOPK backing and/or personal funding, which the young lawyer didn't have and made her miss the City Council boat.

Atty. Amay, 36, died Tuesday morning, May 26, (due to an illness reportedly not related to Covid-19) without becoming a city councilor. She could've been one, were it not for an obviously dirty political move and a mechanism of the law that made it tough for anyone to wipe out the outcome of the deception and set things right.

Atty. Amay probably didn't meet Sherwin Abella, whose photo or image never appeared to the public before, during and after the election. And obviously she didn't know, though she must have met the politician or politicians who put up Sherwin to the mischief or, if you disapprove of it, deviltry.

Representative Bebot Abellanosa, commenting on Atty. Amay's passing on Facebook: Atty. Amay "is the sweetest, she is an angel, that's perhaps why the Lord calls her to His side..."

Those who wanted Major General Debold Sinas "disciplined" for the birthday party fiasco in Manila where he is police chief were disappointed but didn't complain much after President Duterte took him off the hook. ("Charge this to me," or words to that effect.)

When General Sinas served Central Visayas as regional police chief, based in Cebu City (from July 2018 to October 2019), before he was promoted to his Manila post, the Commission on Human Rights noted that he was not charged with any complaint for the high number of killings (at least 320 according to one count). No evidence.

In the Manila incident, there was evidence of the violation. But he was not charged because of the order of the president.

The photos of the birthday bash fueled the public outcry although the evidence and netizens' criticism failed to lead to any form of discipline against the general.

Not one of the killings in Cebu and Negros during Sinas's watch here was shown to be illegal execution and Sinas-ordered. Investigation, CHR said, had not moved since his promotion transfer. There was no need for the president to intervene and help.