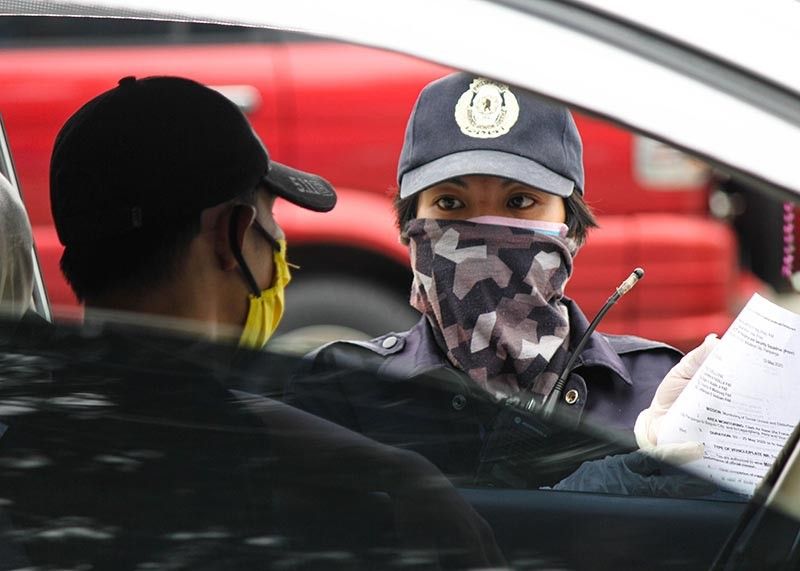 CHECKPOINT. A police officer checks permit and other supporting documents presented by a motorist before allowing him to pass through the checkpoint along Aspiras-Palispis Highway (Marcos Highway). Photo by Jean Nicole Cortes

PHYSICAL injury and theft are still the leading crimes committed during the implementation of the Luzon-wide enhanced community quarantine (ECQ) from March 17 to May 23, 2020 followed by murder and rape cases.

In a report by Police Regional Office Cordillera’s (PRO–COR) Unit Crime Periodic Report (UCPER) on index focus crimes, 15 cases each of physical injury and theft were recorded followed by murder with 12, rape with eight, robbery with three, homicide with two.

The UCPER is a periodic report by PRO-COR showing eight focus crimes monitored by the Philippine National Police (PNP) in a particular and specific period of time.

During the ECQ period, PRO-COR solved 28 cases having a clearance efficiency rate of 74.55% and a solution efficiency of 50.91%.

Since January 9 to March 16, PRO-COR recorded 36 theft followed by rape with 32, physical injuries with 26, murder with 19, robbery and homicide with eight cases each while 4 motorcycles and 2 motor vehicles were carnapped.

In its earlier statistical crime report in December 2019, PRO-COR presented a downtrend in the number of various criminal cases from 2016 to 2019.

Based on the fourth quarter meeting of the Joint Regional Development and Peace and Order Council meeting in Baguio City, PRO – COR showed 12,000 crime volume in 2016 and went down to 5,000 as of October 2019 with index crimes recorded at 8,000 incidents in 2016 as compared to 1,200 index crimes this year.