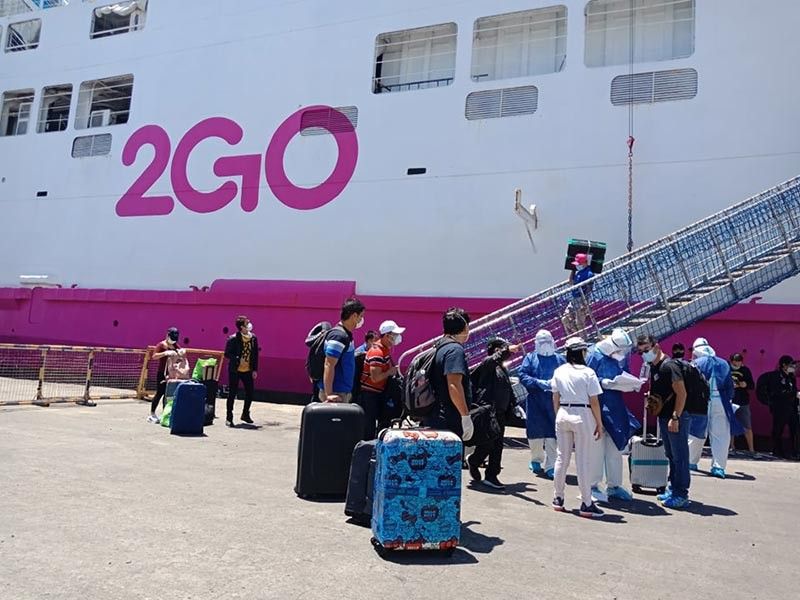 A TOTAL of 76 overseas Filipino workers (OFW) from Davao Region arrived Tuesday, May 26, at Macabalan Port in Cagayan de Oro City on board the MV St. Therese of the Child Jesus.

Owwa Davao labor communications officer Maricel Sarabillo said in an interview Tuesday that these OFWs were fetched by their agency Tuesday.

Sarabillo said these OFWs did not avail of the sweeper flights because when they were sent home, it was only the 2GO service that was most feasible for them.

Also, in the list are the OFWs who arrived from Manila and Cebu onboard MV St. Francis Xavier last May 24.

She added that Owwa Davao has provided a shuttle to ferry the concerned OFWs from Cagayan de Oro to Davao City. Also, their respective LGUs are expected to provide transportation to fetch them from Davao City to their final destination.

In a press briefing on May 26, President Rodrigo Duterte warned LGUs who will resist returning OFWs in their localities as long as they are cleared by the medical authorities from coronavirus disease (Covid-19).

“Nobody but only the national government can impose restrictions on travel because it is the only agency who can declare that there is an emergency of national interest,” the President said.

He told local chief executives to give the Inter-Agency Task Force for the Management of Emerging Infectious Diseases (IATF) a heads up and ask permission if they want new measures to be implemented in their jurisdiction.

“It is the constitutional right of people to travel and go home. Do not impede it. Do not obstruct the movement of people because you run the risk of getting sued criminally,” Duterte said.

While he understands their concern on the risk of contagion, however, Duterte said that it is the LGU’s duty to protect the welfare of their constituents.