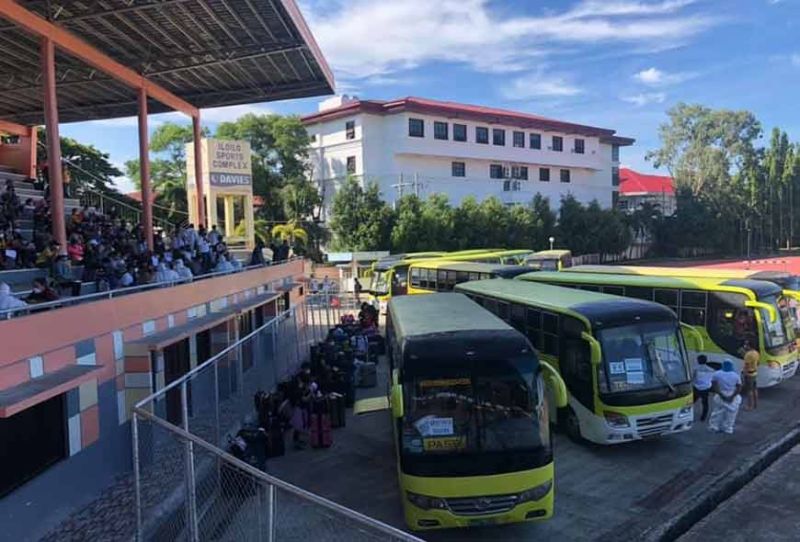 ILOILO. Personnel from the Provincial Health Office get the data of each OFW repatriates who arrived last Monday (May 25) at the Iloilo Sports Complex before they were brought to their respective quarantine facilities in the municipalities. (ISDMO photo) 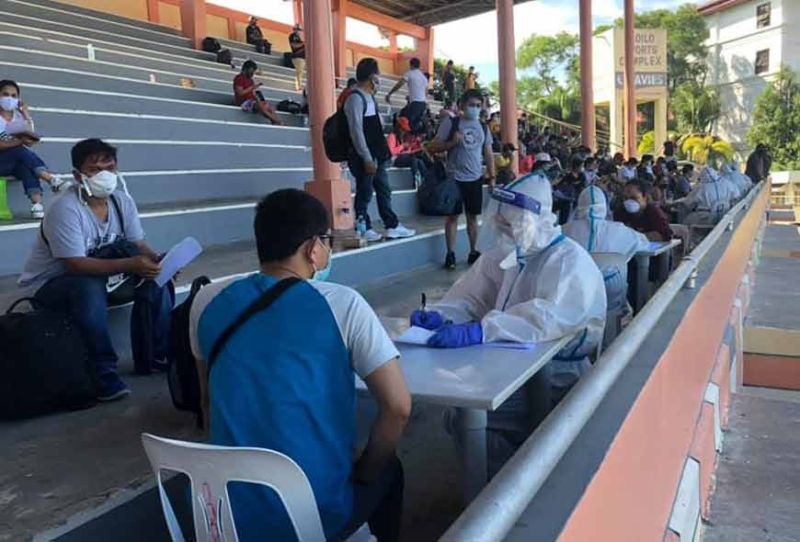 ILOILO. Personnel from the Provincial Health Office get the data of each OFW repatriates who arrived last Monday (May 25) at the Iloilo Sports Complex before they were brought to their respective quarantine facilities in the municipalities. (ISDMO photo)

THE Iloilo Provincial Government is preparing for the arrival of more overseas Filipino workers (OFWs) and stranded Ilonggos (LSIs) from Metro Manila and other parts of the country.

Governor Arthur Defensor Jr. met with the Provincial Government’s disaster cluster on Tuesday, May 26, 2020, to discuss the things to be done with the impending arrival of more OFWs and LSIs as ordered by President Rodrigo Duterte.

He directed Provincial Tourism Officer Gilbert Marin to look for hotels or resorts in the province that could be used as quarantine facilities for the returning Ilonggos.

This is to augment the quarantine facilities set up by the different municipalities.

Marin said they have identified 152 rooms from the different hotels and resorts that could be used as quarantine facilities.

In fact, he said, 24 Ilonggos who were part of the group who arrived on Monday, May 25, are now quarantined at Goducate Training Center in San Miguel, Iloilo.

Dr. Maria Socorro Colmenares-Quiñon of the Provincial Health Office said a total of 396 OFW repatriates arrived on Monday on board three flights and one sea vessel from Manila.

Quiñon said the arrival of 2Go shipping with 235 OFW repatriates from Iloilo province was properly coordinated by the Overseas Workers Welfare Administration (Owwa), so their transfer to the different quarantine facilities was done smoothly.

She said, however, that they had a minor problem with the arrival of 162 repatriates on board three separate flights on Monday because they were informed just a day before the schedule.

Quiñon said because of the big number of repatriates who arrived, they recommended to Defensor the use of the Iloilo Sports Complex as registration area. The governor approved the recommendation.

After completing the registration procedure, the repatriates were brought to their respective quarantine centers in their municipalities.

Quiñon said the repatriates underwent Reverse Transcription-Polymerase Chain Reaction (RT-PCR) test and complied with the other health requirements set by the Inter-agency Task Force (IATF) before they were allowed to go home to Iloilo.

But as a precautionary measure, the province, through the Provincial Health Office (PHO), will again subject the repatriates to another RT-PCR test while they are having their 14-day quarantine in their respective quarantine facilities.

Quiñon said PHO teams composed of medical technologists are tasked to get swab samples from them.

The repatriates shall complete their 14-day quarantine at the facility even if their RT-PCR test results turn negative, said Quiñon.

Meanwhile, LSIs from Boracay and Palawan have started arriving in the province facilitated by the Provincial Tourism Office.

Marin said the LSIs have complied with the requirements set by the province, like the health certificate and certificate of acceptance from their local government unit before they were allowed to travel back to the province.

He said the LSIs need not undergo the 14-day quarantine because they all came from general community quarantine areas but they will be monitored by their respective municipal health officers. (PR)