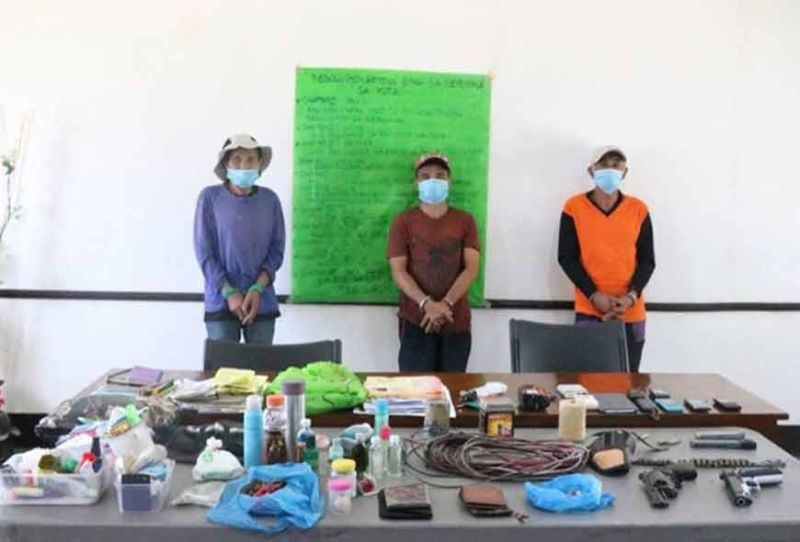 ZAMBOANGA. Joint military and police forces arrest a finance officer and two followers of the New People's Army in an operation Tuesday, May 26, in Matalam, North Cotabato. A photo handout shows the three NPA rebels and the assorted war materials, including landmines, seized from them. (SunStar Zamboanga)

A RANKING and two members of the New People's Army (NPA) were arrested in a joint military and police operation in North Cotabato, officials said Wednesday, May 27.

Capulong said the three were nabbed around noon Tuesday, May 26, in Purok Kamon in New Alemodian village, Matalam, North Cotabato.

"The operation was conducted in response to the information that said (NPA) personalities were seen in the area," Capulong said.

The arrested NPA rebels were brought to the headquarters of the Army's 90th Infantry Battalion for custodial debriefing.