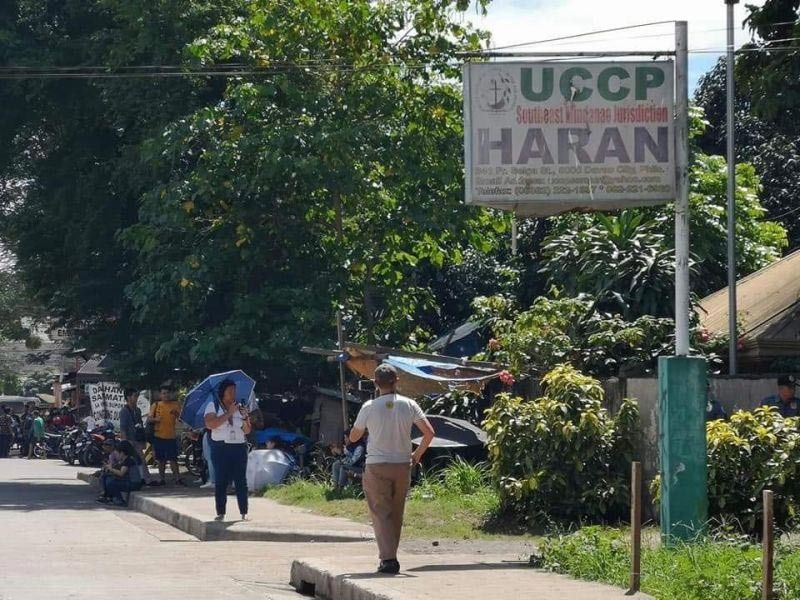 FOLLOWING the death of two infants, reportedly residing inside the United Church of Christ in the Philippines (UCCP) Haran Center, Davao City Mayor Sara Duterte-Carpio said there could be a “health crisis” inside the center sheltering indigenous peoples (IPs) from various provinces in Davao Region.

Duterte-Carpio said in a radio interview on Tuesday afternoon, May 26, that the death of two infants with only days apart is a cause of concern.

“In a span of 10 days, duha ka bata na ang nag-expire (two infants already expired.) So, there is a problem, because highly unlikely man gud nga sa isa ka gamay nga grupo, daghan ang mamatay. So kung naa’y bata karon (mamatay), after 10 days naa napud mamatay, (There is a problem because it is highly unlikely for a small group to have several deaths. So when a certain child dies, then after 10 days, another one also dies), meaning there is a health problem inside,” the mayor said via on 87.5 FM Davao City Disaster Radio.

In a previous Sunstar Davao report, an eight-month-old Lumad infant died on May 9, 2020 and was buried at Madapo Cemetery. The baby was later exhumed on May 13 by personnel of the Davao City Police Office (DCPO), Scene of the Crime Operatives (Soco), and officials of 8-A Poblacion District, Bankerohan for an autopsy.

The Police Regional Office (PRO) expressed alarm after learning that the eight-month-old infant died of pneumonia, which is one of the symptoms of coronavirus disease (Covid-19).

PRO-Davao Director Police Brigadier General Filmore Escobal said they are worried that the infant’s death might pose possible contamination inside the facility that houses around 700 Lumad.

On May 18, a three-month-old Lumad infant also died.

Reports showed that the three-month-old infant, whose identity is yet to be disclosed, was rushed to an unknown hospital by a Lumad couple, identified to be the parents, on the evening of May 17, 2020.

The infant’s cause of death has yet to be determined as an investigation is still ongoing.

Authorities are not discounting the possibility that it is a Covid-19 related death.

Duterte-Carpio said the Inter-agency Advisory Committee on Health and Unity, in coordination with the other local government units (LGUs) and other national government agencies, had a meeting on Friday, May 22, to discuss the current situation of the UCCP Haran.

The mayor said representatives from Haran and some tribal leaders were also invited and involved during the meeting.

Among the proposals they presented is to conduct a site inspection, and personally meet with the IPs sheltered inside the compound.

Duterte-Carpio said they expected to get a response from the UCCP camp on their proposal by Saturday, May 23.

The mayor said the dialogue was a way to avoid tension between both parties, which had been ongoing since 2015.

SunStar Davao tried to reach out to UCCP Southeast Mindanao Jurisdiction Area Bishop Hamuel Tequis for comment on the mayor’s statement but he has not yet responded as of Wednesday. (RGL)