Sara to LGUs: Shift to ECQ if you want border restrictions 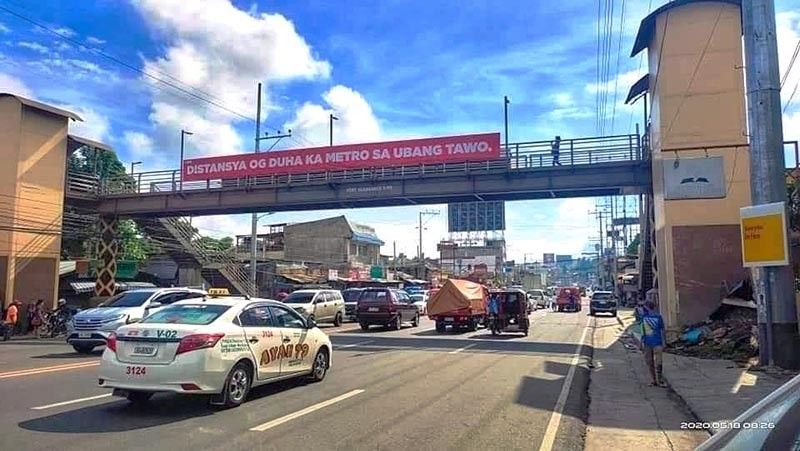 Duterte-Carpio in a radio interview on Wednesday, May 27, said LGUs continue to defy the Inter-Agency Task Force on Emerging Infectious Diseases (IATF-EID) Omnibus Guidelines in the Philippines on the Interzonal and Interzonal Movements, which allows essential travel movement within the region, excluding leisure and amusement purposes.

The mayor cited Section 7 (3) of the Omnibus Guidelines on the implementation of the General Community Quarantine (GCQ) issued on May 22, 2020 allows the movement of people from one GCQ area to another.

However, the mayor, who is the chairperson of the Covid-19 Regional Task Force, said some LGU officials did not understand the IATF-EID guidelines, which caused confusion and inconvenience to the public.

Although she did not name an LGU, she chided those who continue to impose strict border restrictions not in accordance to the IATF order.

“Nag-ingon ko sa inyuha nga kung dili mo gusto magpasulod, or magpagawas dinha sa inyuhang LGU, dapat mag ECQ mo. Ayaw mo pag yawyaw sa Facebook, because ginasunod lang nato ang IATF Omnibus Guidelines. (If you do not want to allow movement to and from the LGU, just shift to ECQ. Do not keep on complaining on Facebook because what we are following is the IATF Omnibus Guidelines),” Duterte-Carpio said.

She questioned the restrictions imposed by some LGUs under the GCQ.

These include requiring a letter of acceptance and travel order from Davao City residents, but also to their residents moving and out in their jurisdiction.

The mayor added LGUs should not be asking for other unnecessary documents from employees working outside their territories. Hence, company IDs should be honored at the checkpoints.

She also said LGUs imposing a 14-day quarantine for non-residential workers is not ideal.

Although the mayor clarified she is not pressuring any LGU, instead she reminded them to review and abide by the IATF guidelines.

“Kung maghimo ta’g atong polisiya nga sukwahi dinhi, magkagubot atoang mga LGUs. Mao pud nay ginaremind nato permi sa tong mga local chief executives nga sundon ang IATF nga Omnibus Guidelines especially katong latest version nga May 22, 2020. Kung di ninyo masabtan, then wala na mi mabuhat (If we keep making our own guidelines, we could cause confusion. That is why I am reminding the local chief executives to follow the May 22, 2020 version of the IATF Omnibus Guidelines. If you can’t understand the guidelines, then we can’t do anything about it),” Duterte-Carpio said.

The mayor said in a previous report said some LGUs are not yet ready to accept people from Davao City as they have yet to mount their health screening facilities and protocol guidelines.

This had resulted in the non-resumption of the inter-provincial bus trips coming from and into the city.

IN a forwarded letter from the Department of Interior and Local Government (DILG) dated May 18, DILG-Davao Region director Alex Roldan called the attention of Davao del Norte Governor Edwin Jubahib.

Roldan questioned Provincial Order No. 40 issued by Juhabib that bars travelers and vehicles coming from Davao City and Bukidnon from entering the province, except those from Covid-19 emergency responders, health workers, and police and military official with an order from Duterte-Carpio.

“We observed that the Provincial EO may be too restrictive with its guidelines and hence may be inconsistent with the IATF policies,” the DILG official said in a letter.

While Roldan said he respected the autonomy granted by LGUs. he, however, ordered the official to abide by the IATF guidelines.