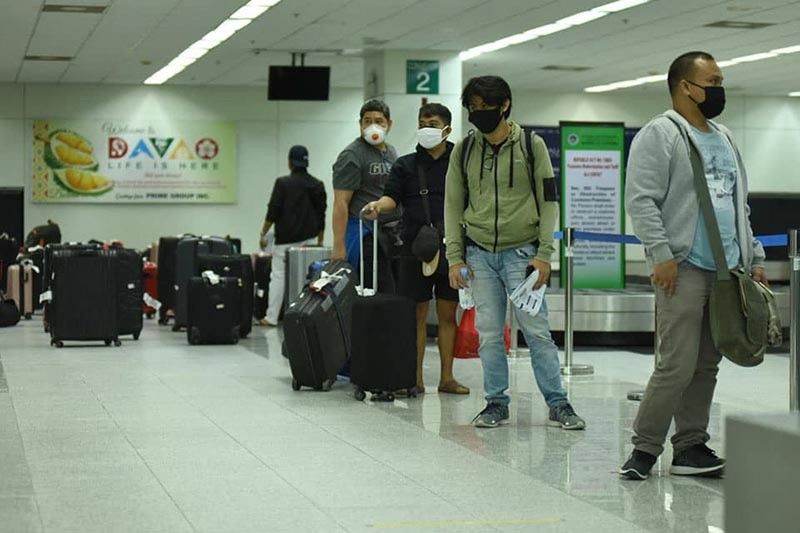 Davao City Mayor Sara Duterte-Carpio, in a radio interview, said Overseas Workers Welfare Administration (Owwa) notified the city government of a three-day sweeper flight from May 25 to 27, which ferried passengers from Davao Region and outside regions in Mindanao.

But Duterte-Carpio said they are expecting more flights within the week due to the high volume of passengers needed to be brought home.

“When they said they are moving 24,000 (people), I don’t think you can move thousands padung sa (back to) Davao Region within three days,” the mayor said via 87.5 FM Davao City Disaster Radio.

She added that the arriving OFWs will be coming from Luzon who has long been stranded after complying with the 14-day quarantine imposed by the national government.

On Monday, May 25, the mayor reported that there were three Owwa sweeper flights that carried 335 passengers residing in Davao Region, North Cotabato, Cotabato, Maguindanao, and Surigao del Sur.

Duterte-Carpio has yet to get the number of passengers catered in the May 26 and 27 flights.

The mayor said two passengers from the Owwa flight Wednesday morning, May 27, failed in the city health screening. They were immediately brought to the Southern Philippines Medical Center (SPMC) for monitoring.

Recently, two passengers who arrived from the May 21 mercy flight failed in the initial health screening.

A similar mercy flight conducted on May 12 had three Covid-19 positive patients who were immediately sent to SPMC after testing positive in the RT-PCR test.

Another issue the mayor raised in the sweeper flights is that some passengers were stranded in airports.

She said the city government and the Department of Social Welfare and Development (DSWD) set up a transient area and an accommodating area for passengers to rest and wait for their respective local government units (LGUs) to transport them back to their provinces.

The mayor said some LGUs were not immediately notified by the Department of the Interior and Local Government (DILG), who also facilitates the sweeper flights.

Meanwhile, she said the city government has been conducting strict examination through rapid diagnostic test (RDT) and physical examination.

In case a passenger will test positive in the RDT test, he or she will be referred to SPMC for a confirmatory test using the RT-PCR test.

Duterte-Carpio said the city government did not require any health and travel clearance, and RT-PCR test upon arriving in the city since they would still be re-examined here.

“Any PCR result nga more than 48 hours, di na siya valid. So, kung gi-test ka three weeks ago then mubalikay ka, dili na siya valid. Mao na importante duna health screening upon arrival (Any PCR result more than 48 hours is invalid. For example, you got tested three weeks ago and you are expected to return, it will not be honored. There is a need for a health screening upon arrival),” she said. (RGL)