Bzzzzz: June 1 schools listing, only to prepare; no shopping lines for seniors, only in ECQs 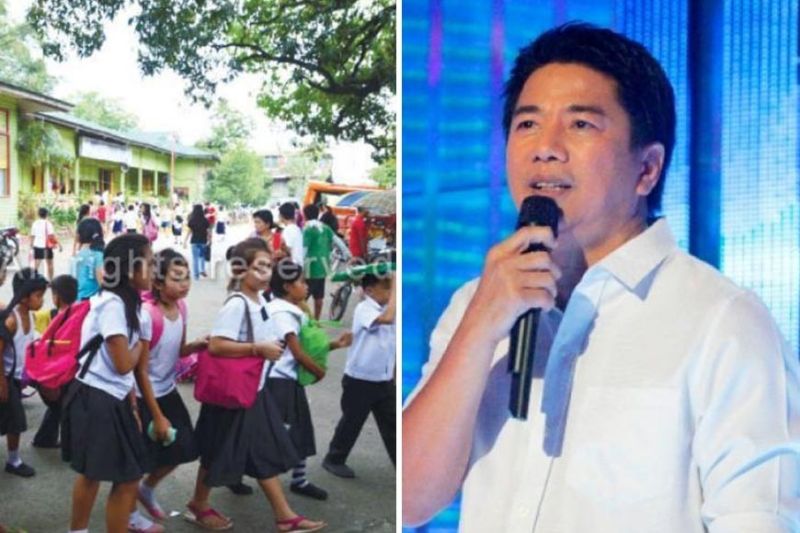 [2] HARRY ROQUE’S COMMENT, in an interview with Willie Revillame on “Wowowin” on GMA-7: “For the first time, you are the only one seen on national TV.”

Comments and queries in the Bzzzzz mail Wednesday, May 17 included this one: whether Cebu Governor Gwen Garcia is now being billed and built up as “Ang Probinsyana.” They noticed the header at the start of the latest governor’s briefing at Capitol, which was streamed live on Facebook. Or was it just an image addressed to the watcher’s subconscious, quick and fleeting?

Capitol’s public information office through Sugbo News might provide the public some information about the use of the title of the long-running serial drama on ABS-CBN, “Ang Probinsyano.”

Form of classes not yet set

The Malacañang announcement that enrollment will proceed on June 1, a Monday, as scheduled, might mislead the superficial (headline or first-paragraph-only) reader.

The one-month preparation for the August 24 opening is necessary, Presidential Spokesman Harry Roque said. But on or before the start of classes, the authorities will have decided:

[1] To allow face-to-face classes in areas no longer under community quarantine on day of opening;

[2] To adopt elsewhere a blending of physical attendance and digital lessons, or purely digital.

The Department of Education says the enrolment is needed to prepare for the classes, whatever be the form of the

An earlier statement of President Duterte that he wouldn’t allow resumption of classes until vaccines against the coronavirus are available was explained to refer only to actual physical attendance in the classroom.

Seniors’ exemption from lines or queues and “senior only” shopping hour at supermarkets, groceries, pharmacies and drug stores and other businesses authorized to open during the

(1) Allow seniors “immediate entry” into the premises of the establishment “ahead of the ordinary buyers on an ‘as they come’ basis.”

(2) Designate a “Seniors Only” shopping hour in the retail store, although the senior citizens may choose to make their purchases beyond the designated hour.

Establishments are “required” to allow immediate entry under #1, subject to social distancing rules. They are merely “encouraged,” “whenever possible,” under #2 to designate a “Seniors Only” shopping hour. And they are “strongly urged” under #3 to provide another lane for seniors.

Department of Trade & Industry (DTI) Memorandum Circular #20-09 applies only to people at least 60 years of age and only during the enhanced community quarantine.

Thus, for Cebu, it is effective only in Cebu City, Mandaue City and Talisay City, no longer in Cebu Province and Lapu-Lapu City. And it will be good only until May 31 unless the LGU keeps its ECQ status. The memo-circular was dated March 28 but circulated here only lately.