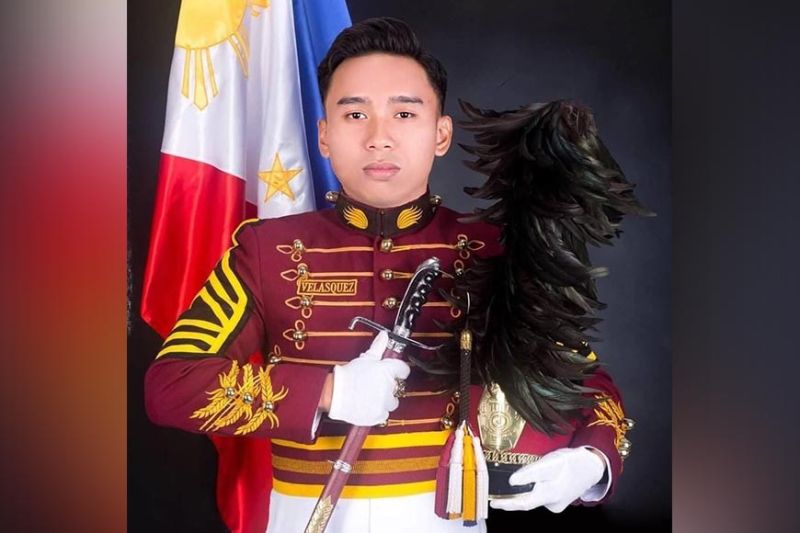 NOT only did he fulfill his childhood goal of entering the Philippine National Police Academy (PNPA), he surpassed his feat by ranking eighth in his class.

"When I was a child, I dreamed of becoming a police officer just like my father. But as I grew older, my interest shifted towards mathematics, so I chose engineering instead. However, my childhood dream did not fade entirely," he told SunStar Cebu.

The once-aspiring electronics engineer was one of the top 10 graduates of the PNPA Bachelor of Science in Public Safety-Mandayug (Mga Alagad Ng batas na may Diwa at simbolo ng bagong Araw na Yumayakap at Umaagapay sa Ginintuang Lahi) Class of 2020.

Velasquez admitted that he initially had reservations when he took the PNPA Cadet Admission Test but the move turned out to be the "best decision of his life."

"I hoped and prayed for this to be God’s plan for me. Instead of backing out, I kept telling myself that there's no harm in trying. If I pass, then all is good. If I fail, I will have no regrets because I decided to take the first step," he added.

Velasquez said he did not exert much effort to prepare for the PNP admission test.

"But I took it seriously as if my life depended on it. I’m just glad I did," Velasquez said.

He said he wanted to follow in the footsteps of his father, retired Police Capt. Vicente Velayo Velasquez and also with the guidance of his mother, Juliet.

Velasquez said many people inspired him to work hard to reach his goal, a lifelong dream he had shared with his father.

"I’ve always wanted to follow him but also make a name for myself. I chose the PNPA because I believe it has been the premier police service training institution for the past four decades," he said.

Looking back, he said everyone who cheered him on during his cadetship, and even those who criticized him, drove him to work hard.

In his four years at the Academy, Velasquez said he made sure he performed well, whether it was an academic or non-academic subject.

"If the situation demanded that I put extra effort in my work, I didn't hesitate because that is what is expected from me as a cadet of the Academy," he said.

But while Velasquez may have achieved his dream, he, like other 2020 graduates, had to miss a regular graduation ceremony.

On May 22, 2020, President Rodrigo Duterte officially inducted them during the simultaneous virtual graduation rites of the PNPA and the Philippine Military Academy.

So what's Police Lieutenant Velasquez's plan after graduation? "It is high time (for me) to give back and serve." (JOB)