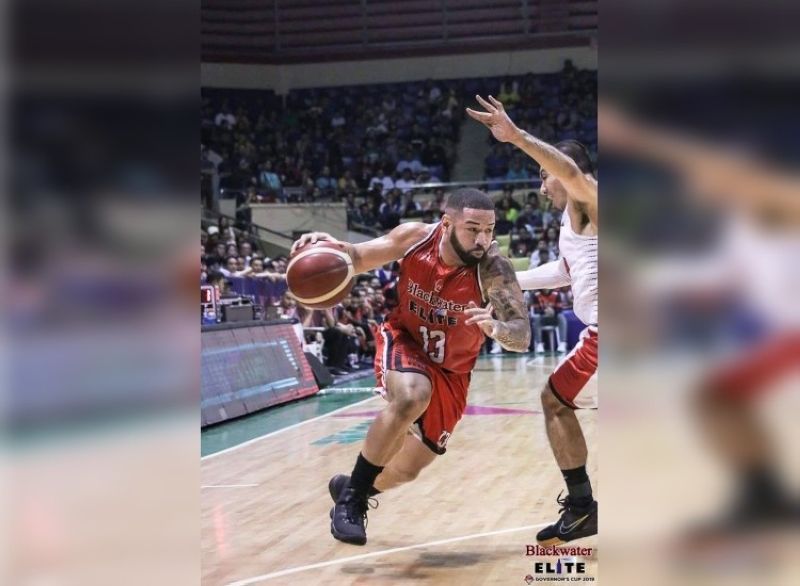 AS THE popular saying goes, it’s the one that got away that hurts the most.

And for Cebuano point guard Brian Heruela, that particular sentiment hits close to home as he continues to rue the two free-throws that he missed in Game 2 of the 2019 PBA Commissioner’s Cup finals against San Miguel that eventually led to a 127-125 defeat in double overtime.

Now with the Phoenix Super LPG Fuel Masters, Heruela spoke of that unforgettable moment in the latest episode of the “The Panalay Show” which aired on Wednesday, May 27, 2020.

Talk N Text had a chance to put Game 2 of that series away after Heruela was sent to the line for two free-throws with 21 seconds left in the first overtime after substituting for Terrence Jones. Jones got ejected after he was called for his second technical foul on a second motion against Chris Ross who fouled him near the sidelines.

Heruela, however, missed the two free throws that could have extended TNT's lead to four.

“I won four championships with San Miguel and I’m beyond grateful for those. But I told (Roger) Pogoy this: It didn’t mean that it was because it was San Miguel that we’re playing against. To me, it really didn’t matter which team it was. But rather, it was because of all the work we put in and everything that we went through as far as team camaraderie and the bond that we had, that championship would have meant a lot to me. That’s why it hurt a lot for me. It’s one thing na gisayangan jud ko up to this day, that championship with Talk N Text. We weren’t able to deliver that championship,” said Heruela.

Heruela added that he had a hard time falling asleep after that game but he took solace in the fact that his coaches and teammates wouldn’t let him beat himself up over those misses.

“Wala ko katulog after that game. Lisud kayo. But after that game, all my teammates and coaches messaged me and told me that they had my back. They really reached out and told me not to worry about it and just bounce back in the next game which we did,” said Heruela as the KaTropa won Game Three, 115-105.

However, San Miguel eventually prevailed and won the title in six games, 4-2.

In October 2019, Heruela was traded back to Blackwater Elite in exchange for Michael DiGregorio and then, in January of this year, the Elite traded Heruela to Phoenix in exchange for fellow Cebuano Ron Dennison.

The former University of Cebu standout says he has high hopes for this Phoenix squad after practicing with the team for three months.

“I really believe we got a great team especially if Calvin (Abueva) gets cleared to play already. This team really reminds me of Talk N Text too. We have a great bond as a team, we got a lot of great guys. We got a really great scorer in Matthew Wright. And Calvin’s just full of energy! Our practices are really competitive. Coach Louie is really great and you really look forward to competitive practices. I’m looking forward to the new opportunity,” said Heruela.

Heruela also shared some words of advice for Cebuano players who are aspiring to play in the big league.

“Hard work is undefeated! In this game, you really have to dig deep. Of course, you still have to have high expectations of yourself but at the same time, don’t be foolish. You have to know what your role is and take pride in what you do without having too much of an ego. For example, if I really wanted to push and become a star at San Miguel, what do you think would have happened? Doesn’t mean I don’t expect much of myself but you just have to wait for the right time,” Heruela said.