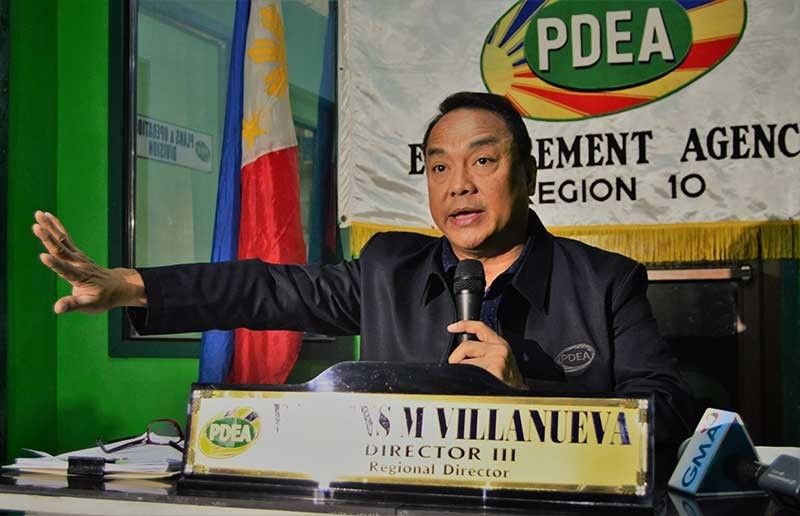 CAGAYAN DE ORO. Philippine Drug Enforcement Agency-Northern Mindanao Regional Director Wilkins Villanueva says he will not tolerate any wrongdoing committed by any of his agents as three of his men are now facing criminal charges following an altercation with a group of taxi drivers in Cagayan de Oro City last week. (Jigger J. Jerusalem)

NEWLY appointed director general of the Philippine Drug Enforcement Agency (PDEA) Wilkins Villanueva said Thursday, May 28, that a new protocol for anti-illegal drug operation that would consider the "new normal" due to the pandemic will have to be set up.

Villanueva, the regional director of PDEA-Northern Mindanao prior to his appointment, said this after taking his oath before Judge Arthur Abundiente of the Regional Trial Court Branch 25.

Villanueva said he would likely fly to Manila on Monday, June 1.

The new top official of the anti-narcotics agency has vowed to continue the administration's war on drugs.

"Walang tigil sa operation natin but we have to set up a new protocol muna on anti-illegal drug operation that will consider the new normal situation kasama na ang Covid," Villanueva said.

Villanueva also said he would confer with the Philippine National Police (PNP) in terms of validation of the narco-politicians.

He would also assess the performance of the different regional directors of PDEA in the country.

President Rodrigo Duterte signed the appointment of Villanueva last May 22.

Among his noteworthy accomplishments in the fight against illegal drugs is championing the Barangay Drug Clearing Program, which has become the main strategy of the war on drugs.