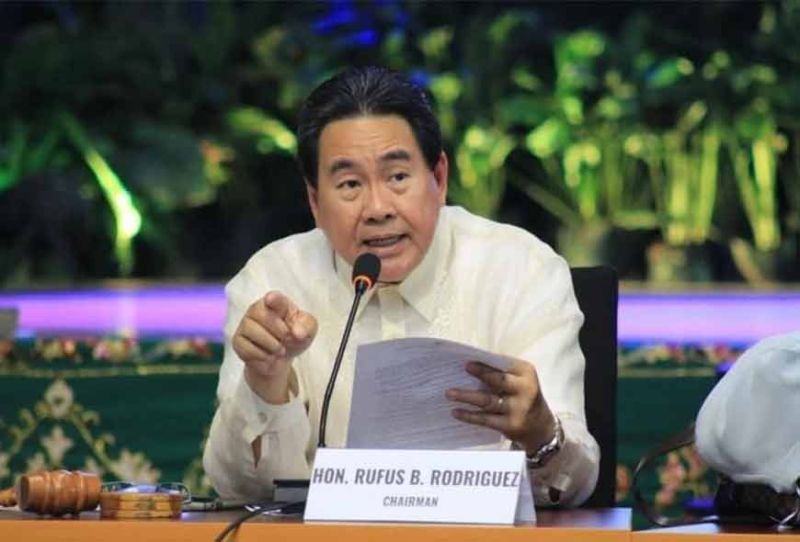 CAGAYAN de Oro Representative Rufus Rodriguez wants to declare March 21 of every year as National Covid-19 Health Frontliners' Day to honor and recognize the heroism of medical workers who are fighting in the frontlines against the pandemic.

Rodriguez filed House Bill 6774, where the Department of Health (DOH) is designated to lead the observance of March 21 of every year as National Covid-19 Health Frontliners' Day.

The DOH would also prepare and implement a program of activities.

The bill mandates other agencies and local government units to support the DOH "in all efforts to facilitate and promote related activities" and urged their employees and the general public to participate in the celebration.

In filing House Bill 6774, Rodriguez said when President Rodrigo Duterte placed Luzon under enhanced community quarantine (ECQ) last March 16 due to the coronavirus outbreak, "there were those who were required to work in the face of a relatively unknown threat to their lives."

He said among these were doctors, nurses and other personnel in the health sector and medical field.

The Kagay-anon lawmaker added that the Philippine Medical Association reported that nine doctors had died from the virus as early as March 26.

Rodriguez also noted the May 18 report of the Department of Health (DOH) which showed that 2,314 health workers had been infected, most of whom were doctors and nurses.

"Despite this, our frontline health workers are not wavering and they still continue to help patients in different hospitals. Some doctors went back to work after recovering from the virus. We should not forget their sacrifices. They are our modern-day heroes," Rodriguez said.

Rodriguez asked his colleagues in Congress to approve his proposal before their mandatory annual adjournment next weekend.