TikTok accounts worth following this quarantine 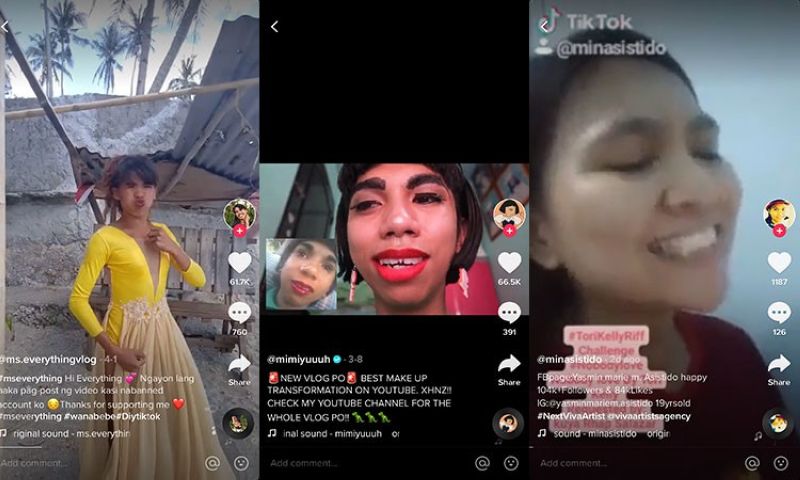 IT IS no secret that the Chinese video-sharing app TikTok is one of the most viral apps today. It was launched in 2016 and became popular in 2019. TikTok is the trendiest application among the young teenage culture nowadays, but it has also become an avenue for adults to dance and have fun.

TikTok contains viral dance challenges, quirky and creative contents, and even videos of the daily comedic lives of people. Since its trend in 2019, more and more TikTok stars have risen to fameand have since been known as social media influencers.

With the quarantine amid the Covid-19 pandemic, TikTok has become a source of entertainment for people all over the world.

Creating and posting TikTok videos on the app itself is fun, but it is more entertaining to watch especially after a long, tired, boring day of isolation.

If you're thinking of checking out the app, here are five TikTok accounts that will definitely put a smile and even a laugh in your face to get you back on track.

Miss everything is undeniably one of the most popular TikTok users in the Philippines. Inspired by her funny English accent, she draws the viewers through her use of current fads on TikTok while adding her own touch to it. She can make something boring turn into something hilarious.

Despite her struggle in speaking the English language, it does not hinder her to deliver her own thoughts. Her delivery, most especially is effortlessly funny, which makes her a natural comedian. Her personality, above all, is entertaining.

One of her funniest videos includeKorima.mp4 and I know I forget (low budget).

Although seldom popular on the TikTok itself, paulitavlogs' videos have garnered more attention on his Facebook and Twitter accounts. His viewers said that he is witty, and makes nonsense videos that are hilarious to the public. He is funny in his own way, and does not try hard to make people laugh.

His funniest contents include the Kim Arda duet videos, This is my voice 2gethertheseries edition, and Sa classroom may batas in conyo.

Yasmin Asistido's videos have turned her into a meme among Filipinos overnight. Her videos consist of normal dance and song covers but is hilariously funny that makes you question whether she is serious or purposely doing it to be funny. Perhaps her most popular video is her dance cover of the K-pop girl group ITZY's Wannabe.

She also does acting and karate. Her account has attracted a lot of followers who call themselves #Yasminatics. She is effortlessly funny in her antics.

Some of the popular videos from her account are the Tori Kelly Riff Challenge, Titanic Challenge, and Kulot Ni Beyonce Challenge.

Mimiyuuh is one of the most popular social media influencers up to date. Her videos are completely relatable and witty, which has attracted countless followers in the Philippines. Her videos have circulated in different social media platforms that also earned her advertisement deals. One of the most popular content from her is the Best Make Up Transformation which swept the nation.

One of her funniest videos is the Nangaroling.

His content consists of random videos that does totally normal things but is perfectly funny. His humor is on par with the teenage audience, going as far as imitating Mr. Bean. His dance cover of the popular meme song of Kim Chiu's bawal lumabas speech is on the roof hilarious.