Group: Infants did not die of Covid-19 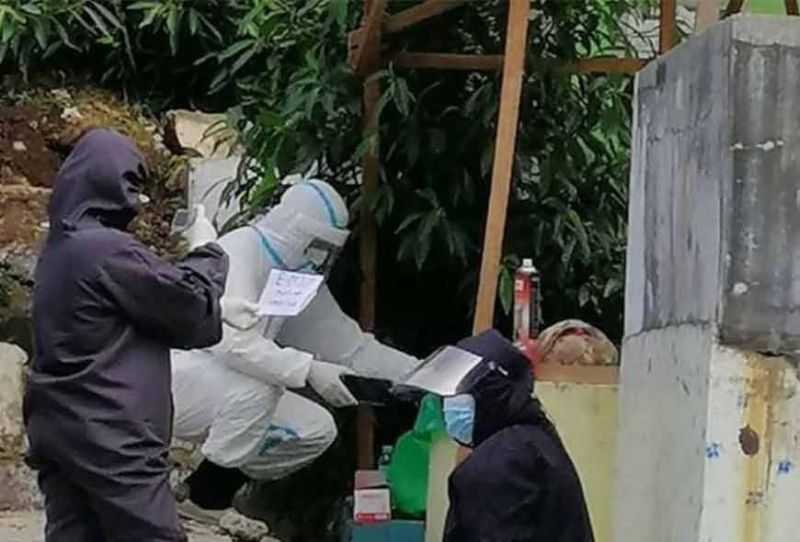 A LUMAD organization belied news reports that the deaths of two infants inside the sanctuary is due to coronavirus disease (Covid-19).

In a press statement from Pasaka Confederation of Lumad Organizations in Southern Mindanao, the group clarified what it called "false information" disseminated by unnamed media networks. The group claims that the two media outfits did not clearly identify its sources.

The statement came after the death of two infants, reportedly residing inside the United Church of Christ in the Philippines (UCCP) Haran Center.

However, Pasaka said it cannot be confirmed yet that the death of the two infants is due to Covid-19.

The group said the test results of the parents of the first child who died last May 9, will be released this week.

But they added that the initial information from the barangay is they have negative results.

"We ask the authorities to present the results to avoid discrimination to the family and the Lumad," Pasaka said in a statement.

Meanwhile, the group said the parents of the second infant are quarantined inside Haran under the health protocols guided by volunteer doctors to avoid transmission within the compound.

Also, Pasako questioned the supposed Covid-19 transmission among Lumad in Haran when there is no mass testing conducted.

"Besides, not one of us was able to go outside of the sanctuary during the enhanced community quarantine because we are not given food and medicine pass from the LGU (local government unit) and they told us that we should not be even here [sic]," the group said.

"At the start of the Covid-19 health emergency, we implemented health protocols to protect ourselves against the virus. Through the help of our volunteer doctors, we implemented social distancing, handwashing for persons before entering the compound, and regular health consultations [sic]," the group added.

Pasaka also said, "the spread of this fake information seem to portray us as if we are ignorant, careless and carriers of infection in Davao City. Isn't this disinformation prohibited under RA 11332 or the Bayanihan to Heal as One?"

The group said that the deaths of the two infants "show that Haran is no different with the urban poor communities in the city, who experience worse situation because of the lockdown, not receiving any food rations from the government and prohibited to go outside to find food."

"We call on to those spreading disinformation to stop this and that they will be charged appropriate sanction for this," Pasaka said.

Meanwhile, Davao City Mayor Sara Duterte-Carpio, in a radio interview on Thursday afternoon, May 28, clarified that she did not say that the two infants died due to Covid-19

She also said the death of the infants should be blamed on the group.

"Kung inyo nang gipakaon og tarong, pero inyo man nang gigunit-gunitan dinha, kung inyo nang gipacheck up, gitagaan og mga health services, bakuna, deworming, unsa pa nang kinahanglan buhaton for a growing infant and growing child, tan-aw ninyo mamatay to? Dili. Kay maagapan man na. So murder by Pasaka na (If you had fed them properly, gave them medical check-up, provided them health services, vaccines, deworming, and other necessities for the growth of the infant, do you think they would die? I don't think so. It could have been avoided. So it's murder caused by Pasaka)," Duterte-Carpio said.

The mayor also refuted the group's statement of not being allowed to go out.

"Wala mo kagawas? Kinsa man diay tong nigawas dinha gikan sa inyoha nga nipalit og bugas gika sa Bankerohan, dili diay to gikan sa inyoha? Nga gikan man sa gawas sa inyong gate (You tell us that you were not allowed to go out? But who was the one who went out to buy rice from Bankerohan? That person came out from your gates)," Duterte-Carpio said.

She added they should re-think on what they can do for the children inside Haran.

Meanwhile, she said she has not received any update on the dialogue between UCCP and the Inter-Agency Advisory on Peace and Unity.

But she said UCCP has already reportedly inspected the compound's quarantine facility on Sunday, May 24, with Davao del Norte Gov. Edwin Jubahib.

The mayor said Jubahib prepared the quarantine facility in UCCP, wherein a certain portion of the compound is being proposed for its conversion.