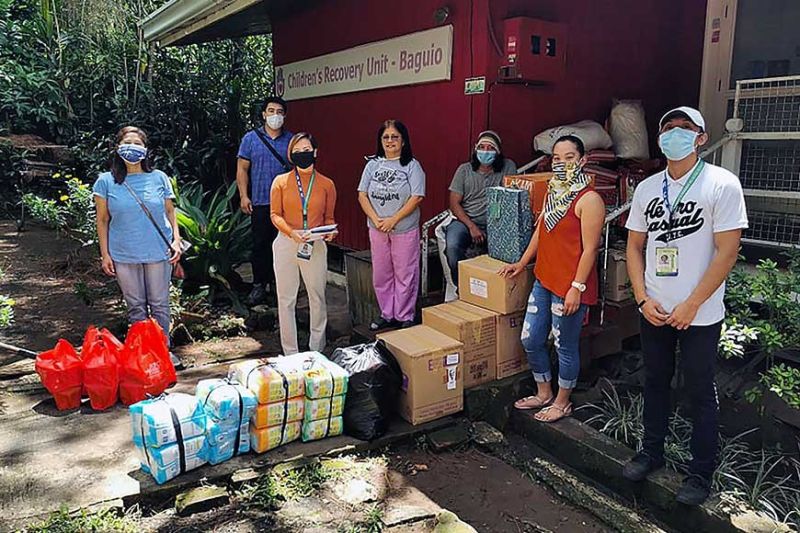 THE Inayan culture is alive in the Cordillera Administrative Region (CAR).

Nine towns in Abra, two in Ifugao, four in Mt. Province, three each in Kalinga and the Benguet province returned the first tranche of social amelioration program (SAP), a cash emergency subsidy program of the government.

In a press briefing on May 28, Department of Social Welfare and Development (DSWD) director Leo Quintilla said towns of Bangued, Bucloc, Daguioman, Lacub, Licuan Baay, Luba, Pidigan, Tineg, Tubo all in the province of Abra; Mayoyao and Hingyon in Ifugao; the towns of Besao, Barlig, Paracelis, Sadanga in Mt. Province; Tanudan, Tinglyan, Tabuk City in Kalinga and the towns of Sablan, Tuba and Bakun in Benguet province.

Most of these towns belong to fourth and fifth class municipalities.

He said the return of excess funds is because there are no longer any eligible persons in the towns as all qualified stakeholders already received the cash subsidy.

DSWD-CAR added a total of P19.5 million worth of recorded waived SAP funds as of Thursday, May 28.

The regional director said last week a team from the DSWD central office visited the Cordillera region to check the reason for the returns and attributed the Inayan culture of the region.

“Inayan”, Indigenous Peoples belief in the region, it is also knowing the consequences of negative actions and to prevent a person from doing something bad.

In the whole Cordillera region, the bulk of its population comprised Indigenous Peoples collectively known as the “Igorots” who continue to uphold various customs and traditions.

“There are practices that can be associated to social amelioration and that can be associated to the quarantine. The boundaries between communities that the elders can decide when or where to enter including the settlement pattern in the region, one house is one the other side of the mountain, that is almost social distancing that is why there are provinces in the region with zero cases of Covid-19 because of settlement pattern and tradition. This was pick up by the central office that will be shared with other regions-the the resiliency of the people of Cordillera and its culture.” Quintilla said.

Previously, Sadanga mayor Gabino Ganggangan announced the town will waive their relief as town sustains themselves as much as they can.

Ganggangan said it is during these kinds of economic hardships such as “food shortages”, hunger and famine that the “richer or better of” (kadangyans) among a clan or village are expected to aid their needy relatives by lending their surpluses.

“Should this crisis extend longer to the extent that our needy families really run out of their rice supplies, we shall mandate the kadangyans of every barangay to open up their rice granaries (agamangs) to sustain us through to the next harvest season,” he said.

“It’s not that we don’t have poor and needy families but I believe that we as tribal communities still have and should sustain our “built in” and homegrown or indigenous social structure, values, and practice of taking care of our respective relatives or kin, neighbors ,or kailyan in distress during hard times or economic crisis. Let the National Government feed those more needy urban poor in the cities and those less fortunate in other areas who can’t sustain themselves, while we sustain ourselves while we can.”