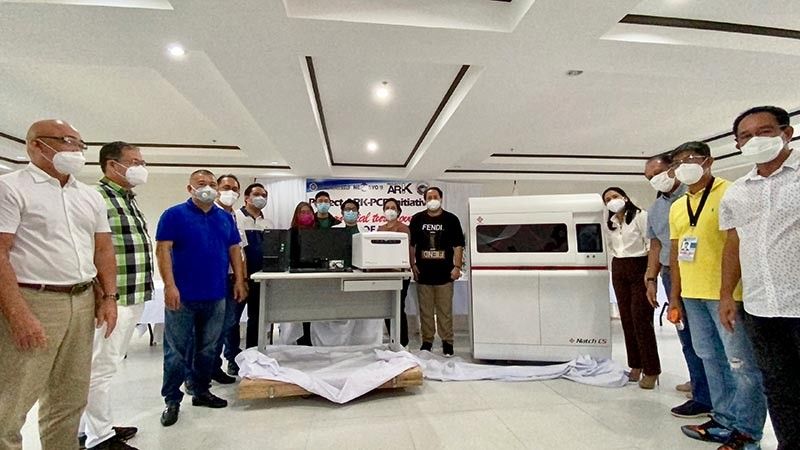 The turnover was done at the Jose B. Lingad Memorial Regional Hospital (JBLMRH) on Wednesday, May 27.

“It aims to make mass testing available nationwide, augment the testing capacity of the province, and assist the frontline health workers during this time of pandemic,” Rep. Garin said.

She said Pampanga was chosen as recipient because the project initiators have seen the efforts of the provincial government in addressing the issues that concern the people of the province, especially in the field of health.

“Noong nagkaroon ng pagnanasa ang bawat bayan, bawat probinsiya na magkaroon ng testing center, isa sa mga nakita naming pinaka-agresibo ang probinsiya ng Pampanga, of course not only because of the united, persevering and hardworking officials, but also because the leadership in the province is beyond description,” she said.

The governor said the testing machines would be temporarily lend to JBLMRH while they are still preparing the coronavirus disease (Covid-19) Testing Center at Diosdado P. Macapagal Memorial Hospital (DPMMH).

He also expressed his overwhelming gratitude for the untiring support of the private sectors to the provincial government in curbing the spread of the Covid-19 in the province.

The governor also advised the people residing in Pampanga to seek immediate medical attention once they manifest flu-like symptoms.

Prior to this, Century Peak Group of Companies Chair Wilfredo Keng has donated a PCR machine to the provincial government of Pampanga which was also lent to JBLMRH last Thursday, May 21. (PR)