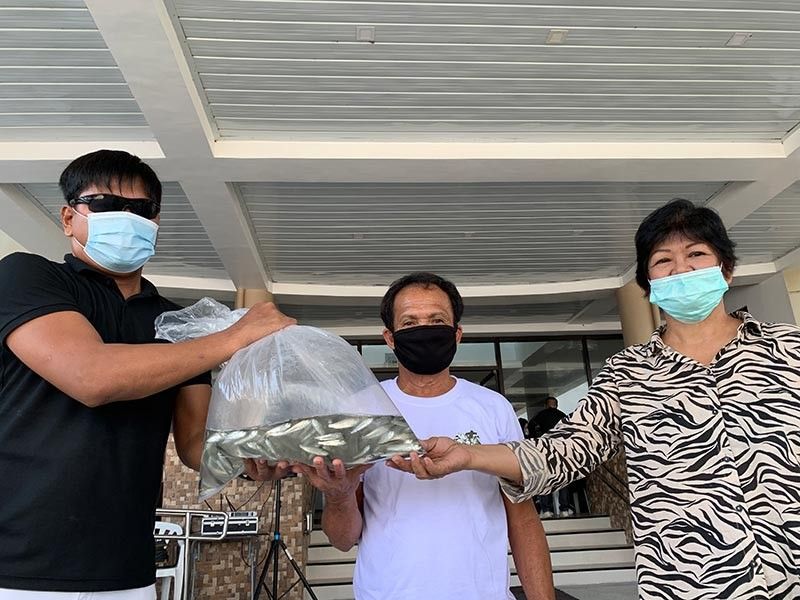 FISHERFOLK and farmers from various villages in the Municipality of Lubao on Thursday, May 28, received seedlings, equipment and cash assistance from the local government unit (LGU) here.

Some P180,000 worth of gill nets (each priced at P1,500) were divided among Barangays Sta. Catalina, Bancal Sinubli, Bancal Pugad, Remedios and San Juan.

The 51 motor engines, which were imported from Japan, were allocated for the fisherfolk of Sta. Tereza, Balantacan, Bancal Sinubli, and Bancal Pugad.

The total purchase price for the engines was pegged at P229,500. These will be used for the boats which were earlier donated to the fishermen.

Farmers from different barangays, on the other hand, received certified palay seeds.

Each farmer was given 40 kilograms of seeds in preparation for the rainy season cropping.

The municipal government shelled out P1,750,000 for the purchase of the certified seeds.

Mayor Pineda, in a statement, said the municipal government’s assistance was facilitated as a mitigation effort to counter the effects of the massive community lockdowns.

She reminded the recipients to take advantage of the equipment to become more productive. (Albert B. Lacanlale/Contributor)