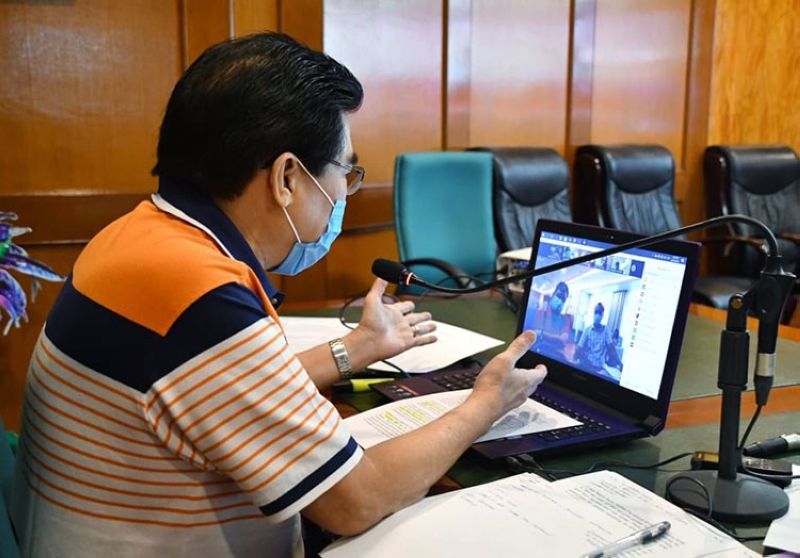 BACOLOD City Mayor Evelio Leonardia rallied the support of the six governors of Western Visayas as well as Iloilo City Mayor Jerry Treñas in a teleconference Thursday, May 28, to oppose the plan of the Department of Education (DepEd) to open the classes on August 24.

“I am opposed to the opening of schools in August. We in the city government, including the Sangguniang Panlungsod (City Council), are unanimous in our stand for DepEd to defer the opening of classes in order to protect our school children from the virus,” Leonardia said in a teleconference with Western Visayas officials organized by Treñas.

The Bacolod mayor said that in school, it is very difficult to control the children. “Children will always be children, we cannot stop them from being children, and I think we will have more problems if we pursue the opening of classes in August,” he added.

He said there is no need to hurry because if the school opening will be deferred this year, the situation will still be the same for all students.

Leonardia told the officials that he personally appeals to them to consider this position and to have a united stand when they have a dialog with the officials of the National IATF today.

Today [May 29], the same officials will have a teleconference with Secretary Carlito Galvez, chief implementer of the National Task Force Against COVID, and DILG Undersecretary Epimaco Densing III, who will represent Secretary Eduardo Año.

The Western Visayas officials will raise their concerns, including the guidelines to be implemented on June 1-15 when the new classification of community quarantine starts.

For their part, the six governors and Treñas assured Leonardia that they support his stand, and they will raise this together with NIATF officials tomorrow.

They said they also wanted the DepEd to defer the opening of classes till January, or until the Covid pandemic becomes manageable.

Meanwhile, Leonardia, who is also the national president of the League of Cities of the Philippines (LCP), said the league has launched a survey on the school opening, and the city mayors have an “overwhelming” response in favor of a postponement. (PR)