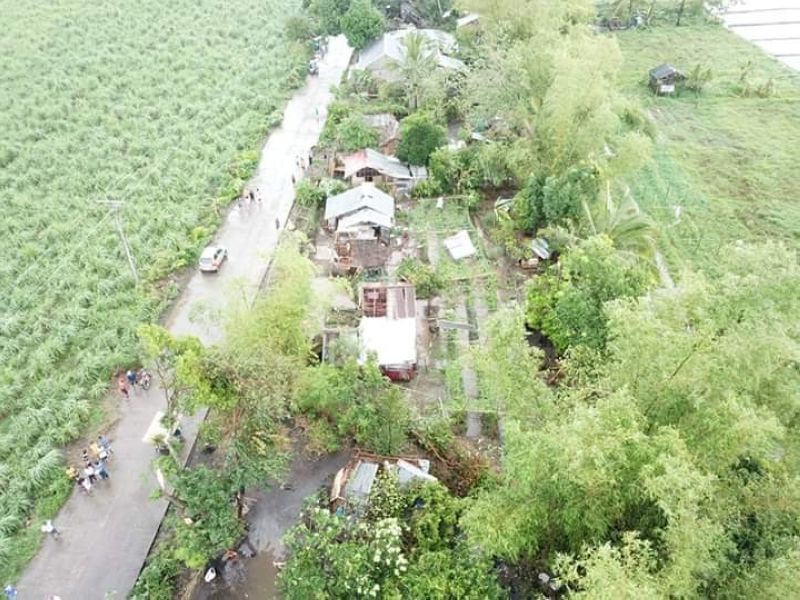 NEGROS. A drone shot of the houses at Barangay Malingin in Bago City damaged by heavy rains with strong wind Thursday noon, May 28, 2020. (Photo by Bago CDRRMO)

SOME 40 houses in two barangays of Bago City were damaged by heavy rains with strong wind Thursday noon, May 28.

Of which, 22 were damaged and seven are destroyed.

Ortizo said in Barangay Atipuluan, two houses were destroyed and 11 others were damaged.

“The heavy rains with strong winds which started around 12 noon lasted for an hour,” she added.

The houses are made of light materials. Its roofs and walls were flown away.

The CDRRMO reported at least 147 individuals affected. Of them, 110 in Barangay Malingin and 37 in Barangay Atipuluan.

Ortizo said some of them are temporarily residing at their relatives.

“The City Social Welfare and Development Office is preparing the food assistance,” she said, adding that “we will be facilitating the assistance of P10,000 for the families with destroyed houses and P5,000 for those with partially-damaged houses.”

These areas have partly cloudy to cloudy skies with isolated rain showers and thunderstorms.

On Tuesday afternoon, some 18 houses in Barangays Abuanan, Atipuluan and Ma-ao were also damaged by strong wind.