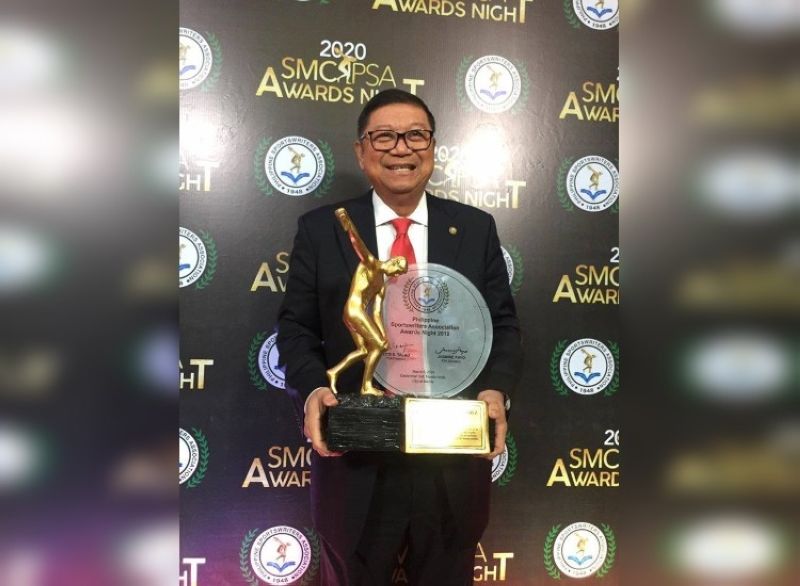 'KEEP PE.' PSC chairman William “Butch” Ramirez is batting for the retention of Physical Education in the curriculum of the country’s education system. (Photo from PSC Facebook page)

THE Philippine Sports Commission (PSC) and the Department of Education (DepEd) are one in the belief that Physical Education (PE) should remain in the curriculum of the country’s education system after a senator proposed that it should be temporarily removed in the wake of the coronavirus pandemic.

In his position paper that was posted on PSC’s official Facebook page, chairman William “Butch” Ramirez believes in the importance of PE so much that he believes it should be a core subject.

“A sound mind in a sound body. These words hang in big, bold letters in the Philippine Sports Commission’s gymnasium, reminding everyone how the two are inevitably intertwined. A healthy mind recognizes the benefits of a sound body. A sound body, supports and makes possible a sound mind. A reciprocal and complementary process that produces a well-rounded, healthy human being.

"And therein anchored is my belief that Physical Education is important to the holistic education of our children. Its importance is such that I believe it should be a 'core subject,'” said Ramirez.

Ramirez said he had written to DedEd secretary Leonor Briones regarding the matter and said he had gotten positive feedback.

A few weeks ago, Senator Sherwin Gatchalian recommended the temporary removal of PE and Home Economics from the school curriculum. The senator said that students should instead concentrate on key subjects.

Ramirez added that PE is a vital component of a student’s “well-rounded education,” — a claim backed by numerous credible studies.

“There are so many credible studies which gives us a picture of where physical activity stand in the whole scheme of having a healthy citizenry, and yet we are now at the crossroads of choosing whether to heed it or ignore these altogether.

“As the privilege of leading the government’s agency on amateur sports rests on my 70-year old shoulders, I put forward a voice that highlights the importance of physical activity, movement or PE in the holistic growth of our children. Physical Education is a vital part of their well-rounded education,” Ramirez shared.