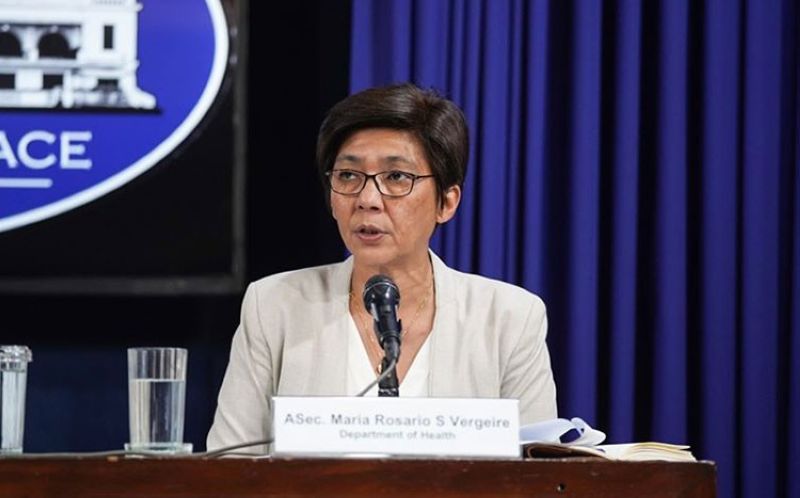 A DAY after reporting the highest number of infections in a 24-hour period, the Department of Health (DOH) announced that it was modifying the format of its case bulletin on the coronavirus disease (Covid-19) epidemic to correct misconceptions that the situation has worsened.

Instead of simply stating the number of confirmed cases in the last 24 hours and the resulting total count, the DOH case bulletin would show the number of fresh or newly validated cases and the number of “late” cases due to delayed reporting.

Instead of releasing the case bulletin at the usual schedule of 4 p.m., DOH Undersecretary Maria Rosario Vergeire said they will release this at 8 p.m. Friday, May 29.

The DOH on Thursday, May 28, reported 539 new cases, the highest number listed in a 24-hour period since local transmission of Covid-19 began in March 2020.

Vergeire, in a virtual press briefing held about an hour later than the usual, explained that of the 539 cases, only 109 were “fresh cases”, or positive laboratory test results that were released in the last three days.

The 430 other cases are “late cases”, or positive test results that came out a week ago but were forwarded to the DOH Epidemiology Bureau only on May 28.

Of the 17 mortalities reported on the same day, Vergeire said some died in March and April yet.

Based on the date of death, instead of the date of reporting, Vergeire said the highest number of mortalities in a 24-hour period was 30 on March 31.

On the same day, DOH reported 538 new cases, which was then considered as the peak in the country’s epidemic curve.

Vergeire assured that case doubling rate, or the period within which the number of infections doubles, has lengthened to almost seven days while critical care utilization rate, or the proportion of facilities and equipment used for Covid-19 patients, is at a low 36 percent.

The case doubling time and the critical care utilization rate are among the factors considered by the Inter-Agency Task Force for the Management of Emerging Infectious Diseases in deciding on the risk-level and quarantine classification of an LGU.

Vergeire explained that DOH relies on data forwarded by licensed laboratories, hospitals and local government units. Validation, which is done to ensure that there would be no double counting, is done on the same day.

She earlier attributed the uptick in the case count and death toll to their improved capability to validate cases due to the hiring of additional disease surveillance officers who encode and validate the cases, and shift to the fully automated case and contact tracing mobile application called Covid-Kaya.

“Dahil dito, aasahan natin na marami pa ho tayong maire-report na mga na-validate na kaso sa mga susunod pang mga araw (Because of these, we can expect more cases that will be reported in the next few days),” she said.

(We know that these data might result in misunderstanding and spark fears that we might revert to an ECQ or enhanced community quarantine).

Under GCQ, some public transport systems will be allowed to resume operations at a limited capacity and more non-essential but non-leisure businesses would be allowed to reopen.

Aside from Metro Manila, other areas that would remain under GCQ from June 1 to June 15 are Cagayan Valley, Central Luzon, Calabarzon, Davao City, Albay and Pangasinan.

The rest of the country will shift to the more relaxed modified general community quarantine (MGCQ) on June 1. (Marites Villamor-Ilano/SunStar Philippines)