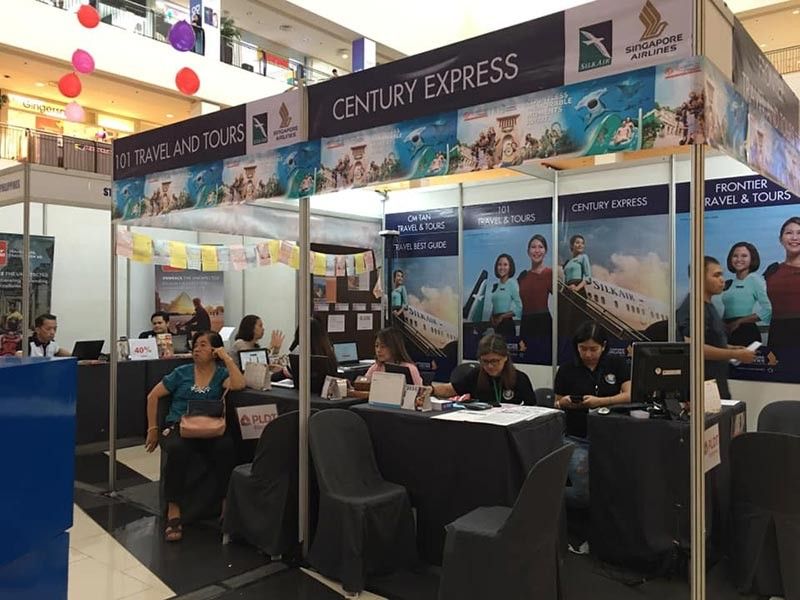 A TOURISM sector leader in the Davao Region urged travel agents to prepare private or smaller groups tours packages and more on domestic destinations in anticipation of tourist's behavior after the pandemic.

"You don't know where they've been and what they've touched. We know that the virus is contagious through touch. Probably, [they will be] going for more private tours and [travel agencies should be] offering more private and small groups instead of sit-and-coach tours," she said.

In doing these, she also suggested that travel agents implement safety protocols such as including alcohol and face masks in travel kits.

As private and smaller tour packages are normally expensive, Uyking said she foresees that people will be willing to spend more as long as they are safe from getting infected.

"Hoping that this is the trend, we are hoping that prices will not be that much of a factor to travelers as well," she said.

She said most of the members of DTAA are usually accommodating travel bookings for overseas tours.

However, she has anticipated lower confidence of people to travel, especially outside of the country.

"I am suggesting a market shift in the travel agents. Instead of doing more outbound and catering more people going overseas, maybe we should also see the potential of domestic travel," she said.

"For now, definitely, travel confidence and travel sentiments are very low. Probably, [we should] shift to domestic travel as we are seeing people who will be more comfortable traveling closer or shorter distance first then maybe, later on, going into further destinations," she added.

"There are countries that accept tourists but will require a certain number of quarantine periods. So if you are a leisure traveler, there is really no point going to that destination anymore. There are also destinations who just accept without these restrictions as long as you pass the safety protocols and you don't have the symptoms, then people would most likely go to those destinations first," she said.

She added that if there will be international leisure travels to immediately happen after the pandemic, she projected it will start with at least 10 to 20 percent of the market.

"It slowly increases from there once the travelers actually see that it is safe to travel again," she said.

Meanwhile, Department of Transportation (DOTR) secretary Arthur Tugade said domestic travels will soon be allowed between areas who are both under General Community Quarantine.

Tugade also said airports in other areas in the country will also be opened for international travels to decongest the Ninoy Aquino International Airport (NAIA) terminals.

"Once we transition from MECQ (modified enhanced community quarantine) to GCQ is to expand the international aviation gateways to include Clark, Cebu, and Davao," he said, adding that testing laboratories will be put up in these airports.

He said airports in Zamboanga, Iloilo, Bacolod, and Bohol will also be opened for international visitors about one or two weeks from the transition of Metro Manila from MECQ to GCQ.