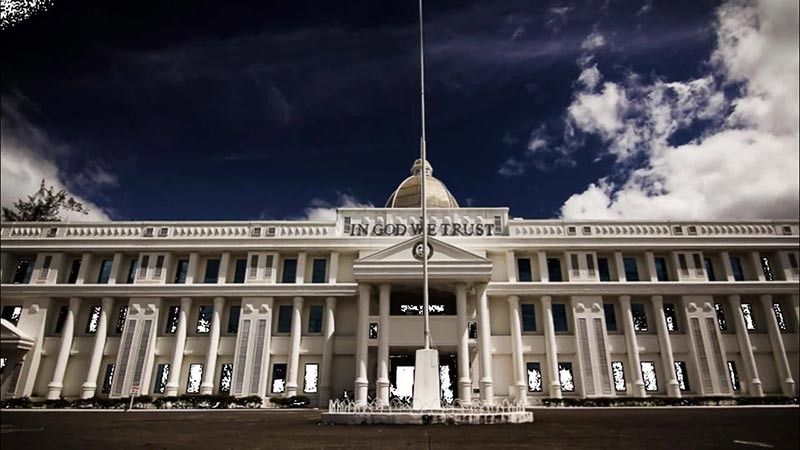 THE Provincial Government of Davao Oriental will be opening its borders to all public and private transportation from all areas in Davao Region under general community quarantine (GCQ), including Davao City, beginning June 1, 2020.

In a press statement on Davao Oriental's website, Governor Nelson Dayanghirang and the local chief executives of the province have agreed on Tuesday, May 26, the set of policies and measures to be implemented once they reopen their provincial borders.

Dayanghirang said the pronouncement to open the borders of all GCQ areas is mandated under the omnibus guidelines for GCQ issued by the national government through the Inter-Agency Task Force for the Management of Emerging Infectious Diseases (IATF-EID).

The governor said he is thankful to the Davao Regional Task Force on Covid-19 headed by Davao City Mayor Sara Duterte-Carpio, who agreed with the Davao Region governors to provide enough time to the local government units in the region to set up screening protocols and deploy the required personnel.

"We need to follow what is mandated under the law. We will not impede the movement of people coming in and out of our province. However, we also have to set up screening protocols in order to protect our people," Dayanghirang said in a statement.

He emphasized that necessary planning must be made as the province cannot afford to do haphazard preparations amid the massive exodus of people who are expected to come into the province. Most of them are returning residents who are stranded in Davao City.

Under Executive Order 25, which the governor released on May 26, the provincial government is implementing strengthened and stricter health screening measures at all provincial border entry points as well as terminals.

Included in the policy is the strict implementation of the "No Embarkation Form, No Entry Policy." All passengers coming in must fill out the form which can be downloaded online or provided at the borders.

"Kani pamaagi aron, simbako, adunay mag-positibo dali ra ang atong contact tracing (In case someone would be tested positive, it would be easy for us to conduct contact tracing)," Dayanghirang said in a video message posted on the Province of Davao Oriental Facebook page on Thursday evening, May 28.

Meanwhile, to regulate the persons coming in, he said the provincial borders will only be opened for all public and private vehicles from Monday to Friday at 9 a.m. to 4 p.m.

As for public utility vehicles, he said there will be "one bus per route per day" while picking up and dropping off of passengers anywhere besides its prescribed destination is strictly prohibited.

He also said bus trips will be from terminal to terminal only to prevent unnecessary exposure of the passengers.

He said this way the passengers will be all accounted for and will be properly assessed at the screening booths installed by the city and the municipal LGUs at its inland terminals.

Dayanghirang said a screening team led by a medical officer will assess all passengers disembarking the vehicles and will determine if there is a need for the passenger to be subjected to a swab test. Passengers who will show flu-like symptoms will immediately be sent to the quarantine center for isolation.

For passengers of private vehicles, he said they will be assessed at the provincial borders. Those who have symptoms will be contained at the border and will be fetched by their LGU for isolation and swabbing.

Meanwhile, all returning residents without symptoms will undergo a 14-day quarantine at their respective homes.

The governor, meanwhile, appealed to the public to take extra precaution. He also urged them to travel only for essential purposes.

Those barred from entering the province during that time were people from Davao City, Tagum City, and the province of Davao de Oro.

Despite the entire Davao Region being placed under GCQ on May 15, the provincial government has still not lifted its barrier restriction.

Duterte-Carpio reiterated in recent radio interviews that such restrictions contradict the IATF-EID order.

She also said there is a need for the city to open its borders for the resumption of mass transportation travel within the region, as stated under the IATF-EID Omnibus Guidelines dated May 15, 2020, Section 7 (6): "The movement of persons across areas placed under GCQ and Modified GCQ for any purpose other than leisure shall be permitted."

But the mayor said local chief executives admitted they are still in the process of placing their health security protocols.