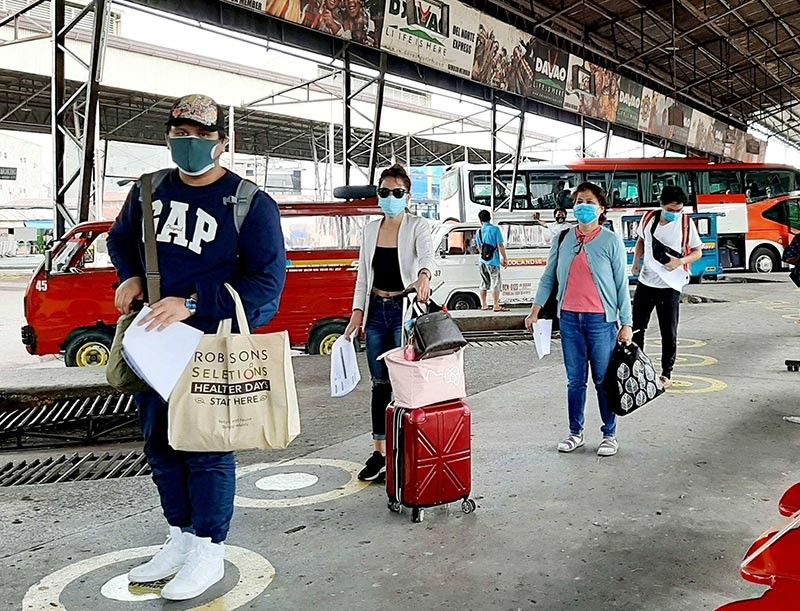 DAVAO City Mayor Sara Duterte-Carpio said bus trips are set to resume on June 1 but only one trip per day will be available for every applicable route.

Duterte-Carpio said in a radio interview on Friday, May 29, that according to the Land Transportation Franchising and Regulatory Board-Davao Region (LTFRB-Davao), the bus routes will be between Davao City and destinations in the provinces of Davao del Norte, Davao Oriental, and Davao de Oro.

Under the IATF-EID guidelines, the movement of persons between areas under GCQ or MGCQ is allowed, except for leisure purposes.

SunStar Davao reached out to LTFRB-Davao Director Armand Dioso for further information on the bus trips, but he has not responded as of Friday, May 29.

The agency earlier announced that bus trips between Davao City and the different cities and towns in the region will resume on May 25.

However, it did not push through after various local government units within the region declined to accept passengers coming from Davao City as they still have to establish their health screening protocols at their respective borders.

Dioso said in a previous radio interview that all buses should be equipped with thermal scanners and disinfectants.

LTFRB-Davao also said operation hours of buses will be between 5 a.m. to 9 p.m.

He also said buses are only allowed to cater to 50 percent of its seating capacity.

Buses are only allowed to board passengers from the terminals. Drop-off and pick up along the highway are strictly not allowed.

Dcott head Aisa Usop said the city's bus terminal is prepared for the resumption of bus trips. They have been preparing even before the shift to GCQ.

Usop said the Dcott terminal will implement strict health measures to ensure the safety of travelers amid the coronavirus disease pandemic.