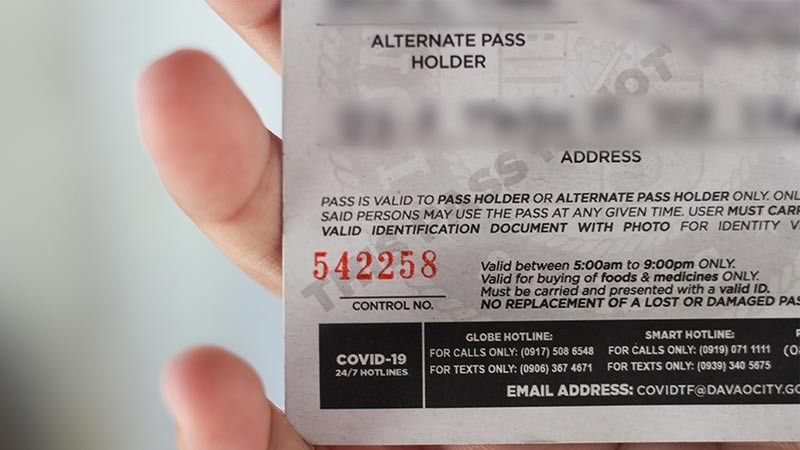 DAVAO City Mayor Sara Duterte-Carpio said the City Government will continue to implement the food and medicine (FM) pass, even if the city will be on an extended general community quarantine (GCQ).

This despite the recent pronouncement of Department of the Interior and Local Government (DILG) Secretary Eduardo Año in an interview with CNN Philippines that residents of areas under general community quarantine would not need to bring quarantine passes anymore when they go out of their homes.

But Duterte-Carpio said the City Government has yet to review the existing guidelines on the use of the FM pass and would possibly come up with new rules to avoid confusion on the implementation of control measures on the ground.

Duterte-Carpio said she had previously discussed the lifting of the FM pass system when the city shifts to GCQ but the security sector did not approve it.

Under the FM pass system, residents are only allowed to go out of their homes when they need to buy food and medicine. It is also regulated by the Davao City Police Office by only allowing FM pass holders with numbers ending in 1,3,5,7,9 to go out every Monday, Wednesday, and Friday, while holders of FM pass ending either in 2,4,6,8,0, are allowed to go out every Tuesday, Thursday, and Saturday. FM passes are not to be used on Sundays.

Malls, markets, and other establishments in the city are also strictly requiring FM passes.