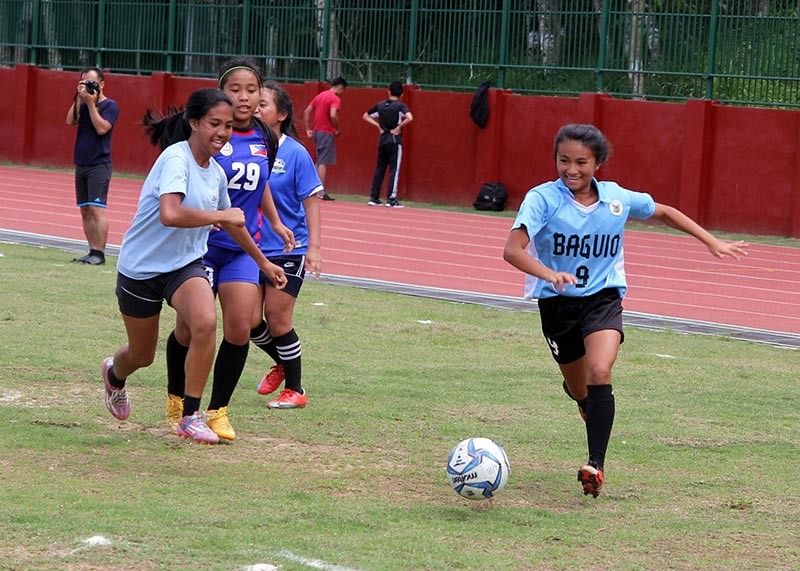 IN MOURNING. Local footballers are in mourning following the death of Celestina Beatrice Luna (not in photo) on Tuesday, May 27, after slipping into coma due to arteriouvenous malformation (AV). (SunStar Baguio file photo)

LOCAL football enthusiasts are mourning the sudden death of a promising athlete.

Celestina Beatrice Luna passed away on Tuesday, May 27, after slipping into coma due to arteriouvenous malformation (AV).

Luna was part of the national team that placed fourth in the 2019 Asean Football Federation U-15 Girls Championship in Myanmar, scoring one goal in her first cap for the national team in a 12-0 routing of Timor-Leste in the tournament.

The 16–year–old was also the current team captain of the ladies’ football squad of the Baguio City National High School (BCNHS).

BCNHS coach Aries Bocalan relayed Bea was one of the any lady booters in Baguio City who could have gone far in football.

“May your memory be a blessing, Ate Bea. We treasure the moments you grew up with us at Cordilleran Binnadang FC (CBFC). Your first kicks in football during our elementary football clinics at Melvin Jones will forever be etched in the hearts of your CBFC coaches,” the post said.

CBFC added as Luna grew up, “you made our country proud as you played for the flag in Thailand with the Under 16 Philippine Women's National Football Team. We hoped you could play more games for the country, as your Baguio training qualified you for a slot with the national team. We really wished there were more games, more game extensions so your Lolo could watch you for a little

“However, as we saw the rain fall today, we thought maybe God decided you played your game so well that there is no more need for more games nor game extensions. You have done well in your assigned task; you have delivered the goal and you have finished your race. May your memory be a blessing ate Bea. Rest in peace.”

A fund drive was also initiated by CBFC to help the family of Luna to pay her hospital bill.

CBFC will also spearhead a team and individual counseling for Bea’s teammate which will be arranged by her coaches which will be announced later on social media. (Roderick Osis)