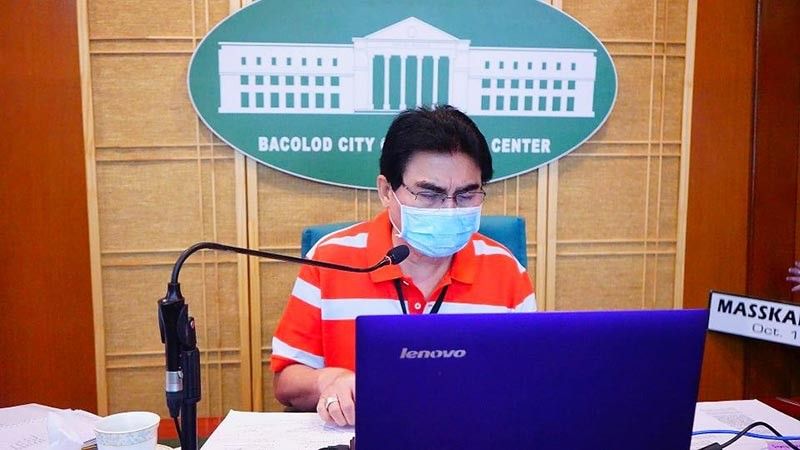 Mayor Evelio Leonardia joins the teleconference of Western Visayas officials with the National IATF officials yesterday [May 29] on the guidelines to be implemented under the Modified General Community Quarantine that starts on June 1 until the 15th. (City PIO)

THE Department of the Interior and Local Government (DILG) is allowing local government units (LGUs) to exercise and implement its own health protocols for returning OFWs (overseas Filipino workers) and stranded residents, in order to protect the general community from the coronavirus disease (Covid-19).

Año said the DILG has not removed this discretionary power of LGUs. He shared that the National IATF had requested him to issue a memorandum stating that OFWs and LSIs should be allowed to go home directly, and for LGUs to comply with this instruction by sending these residents home immediately.

But Año replied to the NIATF that he will not do it. “I will not allow that because I want LGUs to exercise their discretion,” he said.

The DILG secretary said LGUs have the discretion to implement their own quarantine measures for these returning OFWS and LSIs because “they are protecting their people and we can’t gamble on that.”

Año said it is up to the LGUs to impose a mandatory quarantine or recommend a home quarantine for these returning residents.

Leonardia thanked Año and clarified that the Bacolod LGU has no objection with the arrival of the OFWs and LSIs. “They are very welcome. We are just concerned with the safety of the local residents.”

The mayor said having these returning residents on home quarantine would be “very unmanageable, impractical and unsafe.”

The Bacolod mayor also requested the NIATF to instruct the agencies in-charge to see to it that before they allow the OFWs to board a plane or ride a vessel back home, they should be made to agree to follow the protocol of their LGUs.

The Bacolod mayor also told Año that with the massive transport of OFWs back to the provinces and cities in a short span of time, and with lack of coordination from the agencies in-charge, the LGUs find it hard to implement appropriate quarantine measures for the returning residents.

The mayor cited the case of Bacolod where they received returning OFWs only to discover that at least three of them later tested positive for the virus.

Meanwhile, Leonardia had suggested to Western Visayas officials to issue a common stand on their opposition to the resumption of commercial sea and air travel to the region.

The officials had appealed that only pre-arranged flights be allowed in the meantime, carrying OFWs, LSIs and essential cargoes.

Año said he will bring up to Transportation Secretary Arthur Tugade the appeal of Western Visayas governors and mayors.

Leonardia had earlier requested the Department of Transportation (DOTr) to bring up the said concerns on commercial sea and air travel in the meeting of the NIATF. (PR)