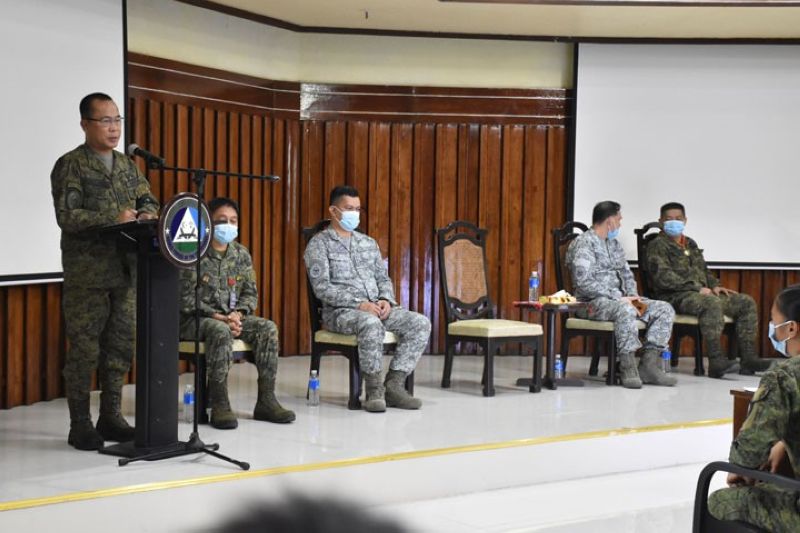 Installed by Sobejana to their new posts in a ceremony Thursday, May 28, at Camp Basilio Navarro that houses the Westmincom headquarters in this city were Colonel Antonio Rafael Abundabar and Lieutenant Colonel Reymondo Delgado.

Abundabar has been installed as Westmincom’s assistant chief of the unified command staff for plans, replacing Colonel Clarence Abellera.

Abellera has been reassigned as the deputy inspector general of the Philippine Air Force (PAF) in Villamor Airbase, Pasay City.

Sobejana has conferred awards to Abellera and Ceballos in recognition of their invaluable service and contributions to the Westmincom.

“We once more recognize the service and accomplishments of Colonel Abellera and Colonel Ceballos. You are one of the reasons why we continue to accomplish our goals and meet our objectives,” Sobejana said.

Sobejana told the newly installed officers that they have his trust and confidence.

“Your commitment, talent, and competence will help in translating our goals into reality,” he added. (SunStar Zamboanga)