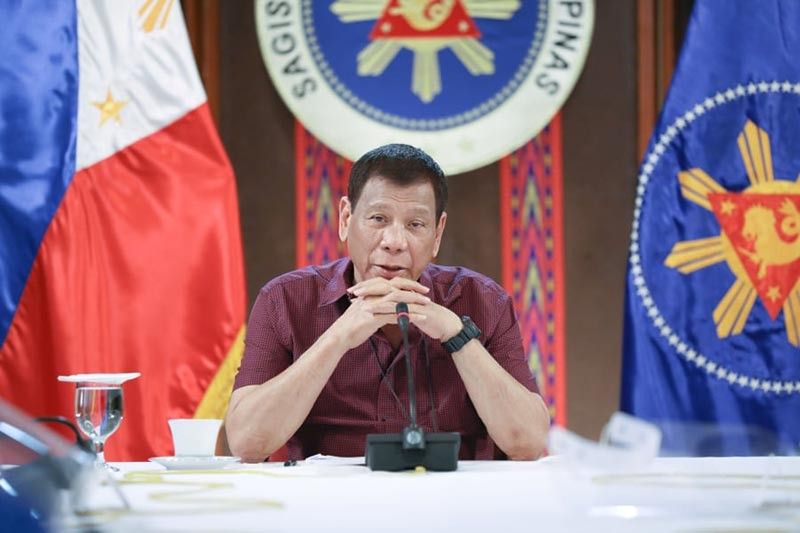 Presidential Spokesperson Harry Roque said in a TV interview with the Laging Handa program aired on state-run PTV-4, that Duterte returned to his official residence on Friday, May 29.

He also said the President is expected to deliver his next public address in Davao City.

Duterte is also set to hold a virtual presser in his hometown.

“Ang alam ko po, ‘yung huling talumpati niya sa bayan ay magaganap po sa Davao. At umaasa rin po ako na isang press briefing natin ay doon (I know he would deliver his next speech in Davao City. And I also expect that my next press briefing will be held there),” Roque said, although he did not mention the date.

The Spokesperson also did not mention when the President will return to Manila.

Roque did not further elaborate the purpose of Duterte’s return to Davao City.

The President first returned to the city after 67 days of being stranded in Manila after he placed Luzon under enhanced community quarantine (ECQ) in March to prevent the spread of Covid-19.

Duterte was supposed to return to Davao City on April 7 to join his family in celebrating the 16th birthday of his youngest child, Veronica, on April 10, but decided to stay in Manila to monitor the government’s Covid-19 response efforts.

The President’s return to the city marked the first day the city was placed under general community quarantine (GCQ).

Presidential daughter and Davao City Mayor Sara Duterte-Carpio said in a radio interview on May 16 that the flight of her father is in accordance to the Inter-Agency Task Force on Emerging Infectious Diseases (IATF-EID).

She said that under the IATF-EID omnibus guidelines, the President, along with other state officials and government frontline personnel, are allowed to travel within and across areas placed under any form of community quarantine. She said it is stated under section 7 number 2 of the IATF-EID guideline.

“Si PRD (President Duterte) is allowed to move around the country, not just Davao City. Wala nay mas frontline pa sa atoang tanan sa Presidente sa atoang nasud (There is no one else who is the top frontliner in our country other than the President),” Duterte-Carpio said in a radio interview via 87.5 FM Davao City Disaster Radio.

Duterte-Carpio, however, said that she did not personally meet with her father, and she was quick to point out he only saw his “second family” during his visit in the city, referring to Duterte’s long-time partner Honeylet and their daughter Kitty before flying back to Manila on Monday evening.

The mayor has not released an official statement on her father’s recent return to the city.

This also coincides with Duterte-Carpio’s 42nd birthday on May 31.