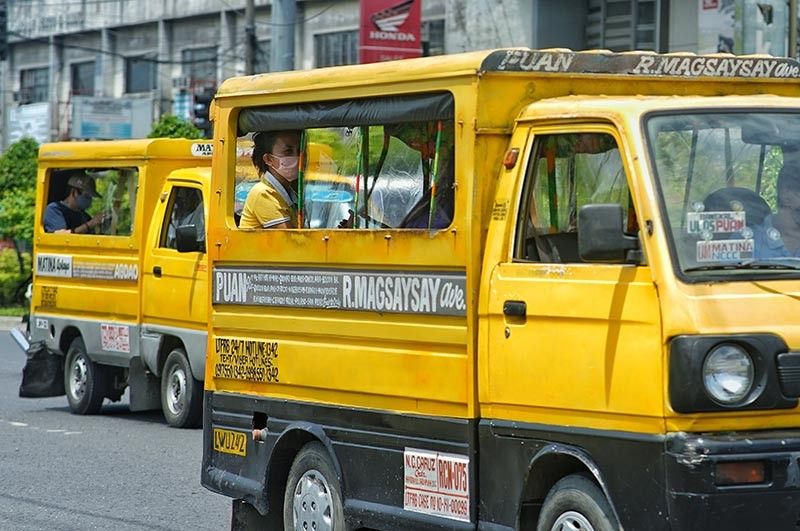 A davao City councilor is pushing for a substantial fare increase of P11 for the first four kilometers in public utility jeepneys (PUJs) to compensate driver’s economic losses due to the strict measures imposed due to the pandemic coronavirus disease (Covid-19).

Councilor Conrado Baluran, in his privilege speech on Tuesday, May 26, said drivers, as a consolidated plea, requested for the P3 increase for the first four kilometers from the regular fare, same with the bus fare, and an increase of 45 centavos from P1.40 peso to P1.85 for the succeeding kilometers, for the duration of the general community quarantine (GCQ).

Baluran said the current P1 minimum fare-increase rate for the first four kilometers from the original P8 to P9, and 10 centavos increase for the succeeding kilometers from P1.40 to P1.50 issued by the Land Transportation Franchising and Regulatory Board (LTFRB) is “too minimal and without prior consultation”.

However, before they could implement such an increase, Baluran said they are required to get a special permit from LTFRB.

He also said not all PUJ drivers are ready and willing to operate in their respective routes as they have to comply with the Covid-19 physical distancing requirements imposed by LTFRB before they would be granted special permit, which is an additional cost on their part with no guaranteed return of income.

“They are confronted with the fact that passengers are being reduced to 60-percent compounded with the skyrocketing increase fare rates during this period of pandemic to compensate their economic loss and sustain their basic needs,” Baluran said.

He added not all drivers were qualified to avail the Tulong Panghanapbuhay sa Ating Disadvantaged/Displaced Workers (Tupad) program of the Department of Labor and Employment-Davao Region (Dole-Davao) as only 2,895 of the 7,000 public utility jeepney (PUJ) drivers in Davao City were given financial subsidies from the government.

While he said PUJ drivers and operators will abide by the LTFRB order in the fare matrix, but he added the fare increase is “fair and reasonable for both drivers and the public commuters”.

Baluran filed and passed the item as a resolution requesting LTFRB, Department of Interior and Local Government (DILG), and Department of Social Welfare and Development (DSWD) to provide a new fare matrix allowing the increase in fare rate for PUJ in the city.

LTFRB-Davao director Armand Dioso told SunStar Davao in a phone interview on Saturday, May 30, that he already received the resolution, and they are going to forward it to the LTFRB central office for review.

Dioso said that the regional office can take action on the proposed fare increase, but he said it would need to undergo several measures before it will be approved, including the conduct of a public consultation.

“Kaning (this) provisional fare increase, that is within the power of the LTFRB to provide in times of disasters and calamities, especially we are in the pandemic Covid-19,” the LTFRB official said.

Transmission-Piston (Piston) secretary general Larry Arguelles, for his part, said in a text message that while the fare increase is beneficial to the drivers, however, he said it is not yet the right time to increase it as many commuters are still financially struggling due to the impact of the Covid-19.

“Dili tama nga naay fare increase this time of pandemic kay ang katawhan naa pa sa stage of crisis (This is not the right time to implement such fare increase during the pandemic because of the crisis the public is facing),” Arguelles said.

He added that the government should help the public in their economic woes especially those workers affected by the closure of their respective workplace and establishments, which were not allowed to operate under the community quarantine.

Arguelles said the government should also provide financial aid to affected drivers who are struggling to earn income due to the strict physical distancing, without passing the burden to the commuters.