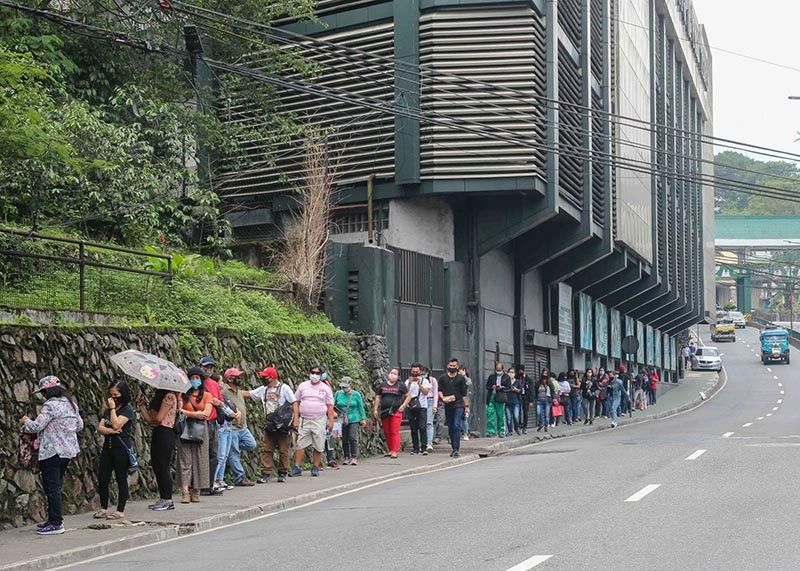 BAGUIO. While practicing social distancing, hundreds of Baguio residents wait in line to process their Social Security System (SSS). On Friday morning, the line reached up to the University of Cordilleras. (Photo by Jean Nicole Cortes)

THE Cordillera Administrative Region (CAR) was recognized by the national government for its effective distribution of the social amelioration program (SAP).

Leo Quintilla, director of the Department of Social Welfare and Development (DSWD)-CAR, said the region was swift in its distribution process for the first tranche of the SAP as it awaits the directives and order from the national government on the processes, coverage and eligibility for the second tranche.

“CAR have been recognized as one of the fastest implementor of SAP. At present, we are now preparing for the typhoon season by conducting the prepositioning of our food packs and resources both food and none food items in the different provinces for us to be more resilient and prepared for any disasters that may happen,” Quintilla said.

“Based on their explanation, these LGU’s have exhausted their low-income families in their communities to which the returned funds will be used for the second tranche,” Quintilla added.

The returned or un-obligated funds will be used for the second tranche of SAP.

DSWD–CAR is presently in the process of encoding and uploading SAP forms in preparation for the second tranche as a prerequisite for coming up with a validated list.

DSWD is also currently harmonizing its data base with the Department of Labor and Employment, Land Transportation and Regulatory Board, and the Department of Agriculture as part of its cross matching of paid beneficiaries to identify the duplicate recipients.