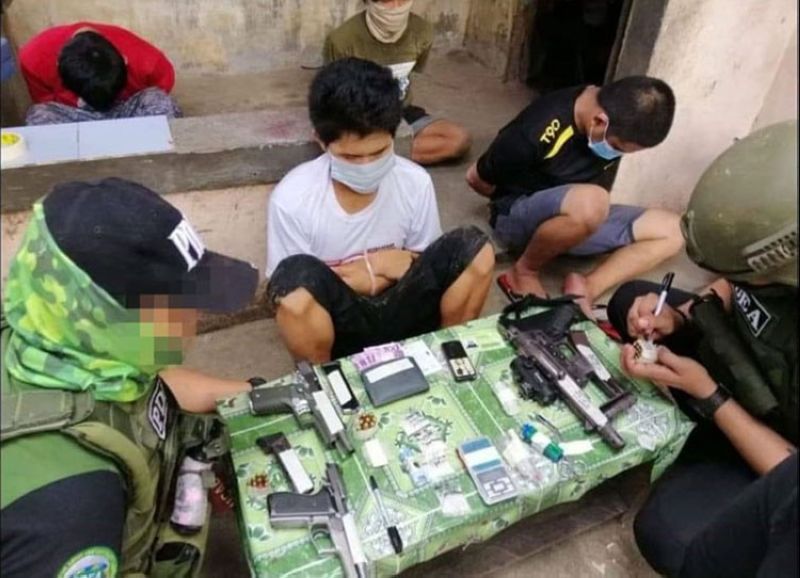 ZAMBOANGA. Two suspected drug pushers were killed, while five others were arrested in an anti-drug operations Saturday, May 30, in Cotabato City. A photo handout shows the guns and illegal drugs seized from the suspects. (SunStar Zamboanga)

TWO drug personalities were killed, while five others were wounded in a joint law enforcement operation that also saw the dismantling of an alleged drug den in Cotabato City, officials said Monday, June 1.

"Our strong collaborative efforts resulted in significant accomplishments in the first six months of 2020," Carreon said.

"Rest assured that we will remain steadfast in accomplishing our mandated tasks for the people of Central Mindanao," he added.

"In this time of turmoil, we are exhausting all our capabilities to support the government and other agencies in flattening the curve of the Covid-19 pandemic, notwithstanding our relentless efforts to end lawlessness and criminalities in our area of operation," said Lieutenant General Cirilito Sobejana, commander of the Western Mindanao Command.

The neutralized personalities and recovered items were placed under the custody of PDEA-Barmm for proper disposition. (SunStar Zamboanga)