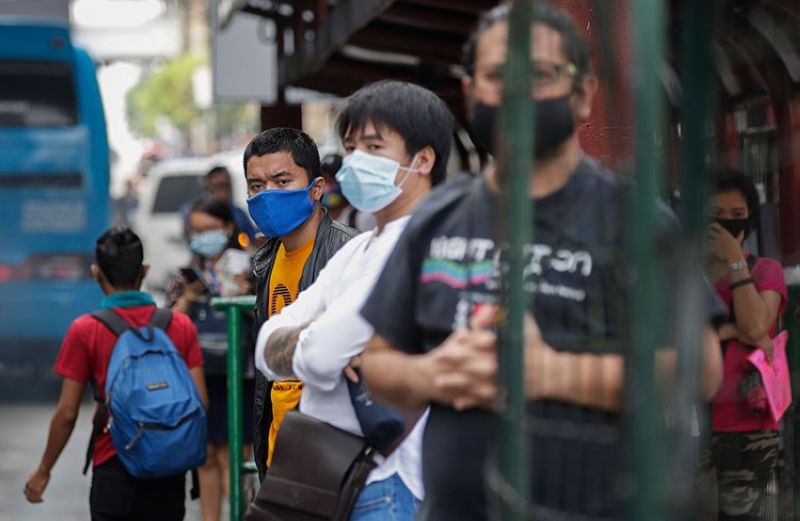 MANILA. People wait for a ride during the first day of a more relaxed coronavirus lockdown in Manila, Philippines on Monday, June 1, 2020. (AP)

(UPDATED) The number of new coronavirus infections continued to fluctuate while mortalities further slowed down as the country gradually opened up and relaxed quarantine restrictions on Monday, June 1.

The new cases as of 4 p.m. on Monday reached 552, which brought the total number of infections in the Philippines to 18,638.

The DOH reported only three mortalities, the lowest in around two months. This raised the death toll to 960.

The agency also said 70 more patients have recovered, bringing the number of recoveries to 3,979.

The rest of the country are under modified general community quarantine (MGCQ) in preparation for the new normal.

Among overseas Filipinos, 5,218 have been found positive for the novel coronavirus, or Sars-CoV-2, which causes the coronavirus disease (Covid-19).

Of the total number of cases, DFA said 2,709 were undergoing treatment as of Monday,

Globally, nearly six million people have been infected by the novel coronavirus. As of May 31, 367,166 had died from the disease. (Marites Villamor-Ilano/HDT/SunStar Philippines)