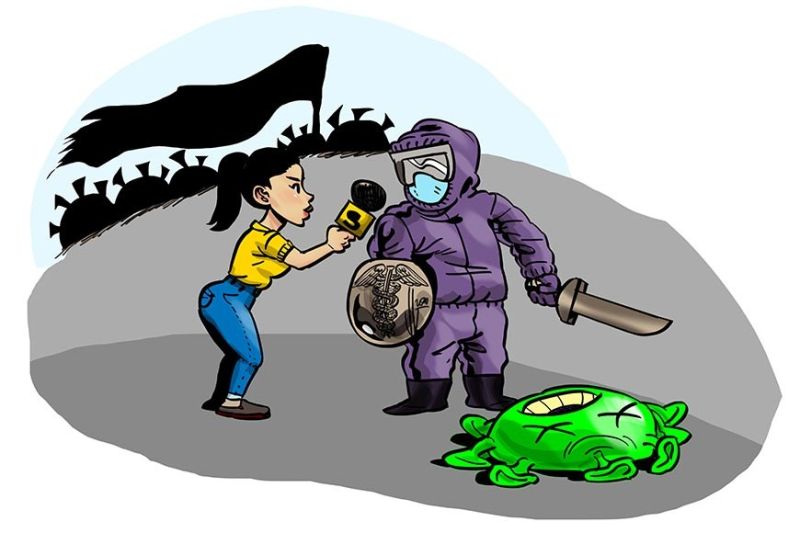 AS WITH life, we are sent out into the general community quarantine (GCQ) without neat priming. Our officials have weighed in on a multitude of variables, and the balance tilts toward saving the economy. Which is also saying that public health is manageable at this point; we can go back to the salt mines in cautious strides.

Government says it had recovered from the backlog in the release of polymerase chain reaction (PCR) and antibody rapid tests results, and it is now posting virtually real-time figures.

The conduct of the mass rapid antibody tests was supposedly a sound strategy to map out affected areas of the community, but it fell far from perfect with a poor turnout of volunteer submissions. Imagine, likewise, contact tracing as communities cringe away for fear of stigma. Drop by any red zones’ barangay isolation centers and you will see how porous they are. It doesn’t take any enterprising journalist to know these things on the ground.

So we have all these clutter as we shift to a slack state of the quarantine. How much risk are we courting?

Which is the question that now hangs after Dr. Shawn Perez Espina’s social media post of his “admittedly not scientific but very objective” census of Covid-19 cases in Cebu hospitals—private and public. Espina has been in the inner think tank behind the consultative multi-sectoral body Bayanihan Cebu.

He had made a count as baseline for comparison for next week’s census, which will be some days deep into the GCQ.

Are we getting the right picture? As of May 30, the figures from the Vicente Sotto Memorial Medical Center (VSMMC) show 58 admissions of confirmed Covid-19 cases. Espina said VSMMC is full, and although “it’s hard to get the exact number owing to the fact that not all have been confirmed,” its 11-bed area for infectious cases is “overflowing.”

From Espina’s quick count, it appears that the number of cases is beginning to pile up in four private hospitals. One hospital, Espina says, now has almost 60 patients; it had expanded its isolation area from two to four wings. In another, there are eight positives, while there are 23 in regular rooms that are waiting confirmation.

It is hard to get the exact numbers, says Espina. Hospitals are fiercely private zones protecting patients’ basic rights, and besides, publicizing actual data might scare off other potential clients.

Despite all these, however, the GCQ is already on the roll and it will not look good on government if it goes berserk again on pronouncements. However, Espina is right in pointing out the crucial need to watch the numbers now that we’re here.

The Department of Health, local government units and private hospitals must coordinate on a real-time count of cases and referrals, and not just emphasize confirmed cases in the reporting. This is terribly important to arrest a potential second wave.