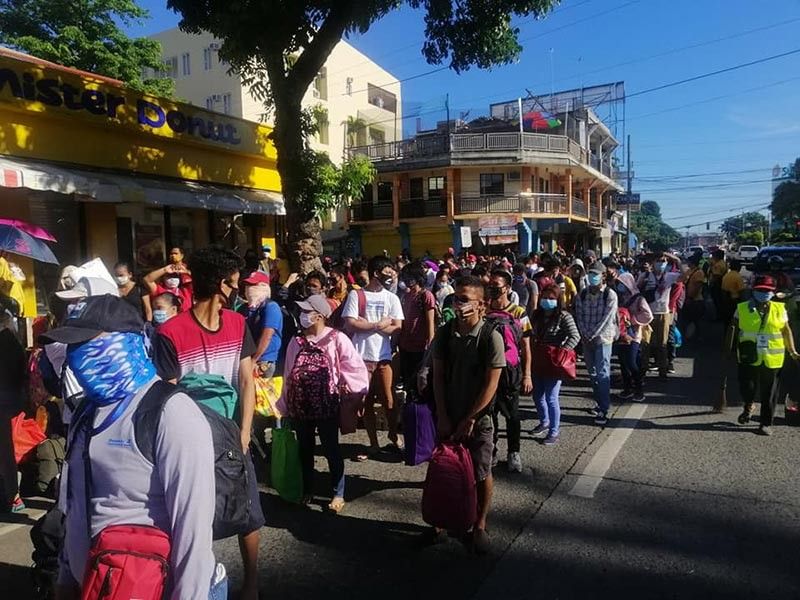 PASSENGERS eager to return home to their respective provinces flocked to the Davao City Overland Transport Terminal (Dcott) on the first day of the resumption of bus trips on Monday, June 1.

In a radio interview Monday with Davao City Mayor Sara Duterte-Carpio at 87.5 Davao City Disaster Radio, she said there is already a process in place for passengers at Dcott to safely accommodate those who will return to their provinces and minimize the risk of transmission of the disease.

The mayor also said LTFRB is aware of the demand for bus transport coming from Davao City, which was observed in Monday's scenario at the entrance of the terminal.

Only one trip per day is allowed under the authority of a special permit for the operation of public transportation under general community quarantine.

There are no bus tickets that can be bought in advance, instead it will be a first come first serve basis for the passengers.

LTFRB-Davao regional director Armand B. Dioso acknowledged that there is a huge demand for bus transportation, however, they cannot open new routes due to pending approval from different local government units.

Dioso added that they have no problem allowing more buses to accommodate passengers as long as the LGUs are ready.

“We are just waiting po sa LGU sa province. Sila kasi ang nag advise na one trip per day muna. We are communicating and coordinating with them,” Dioso said yesterday.

Bus trips were supposed to resume last May 25, however, LTFRB noted that there are some LGUs who are not yet ready to accept passengers coming from Davao, thus, moving bus operation resumption only yesterday.

Meanwhile, Dioso added that a provisional increase of fare is also implemented given that only a few passengers are allowed in each trip.