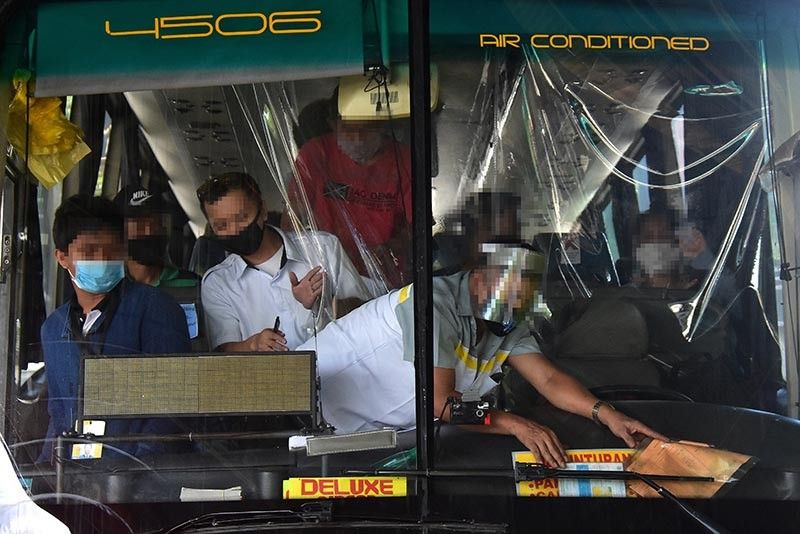 Duterte-Carpio said in a radio interview on Monday, June 1, that this is based on the observations and analysis of the city's medical consultants.

"Ingon sa doctors sa ato is sa June and July let's expect a surge (in cases) because of GCQ (general community quarantine) and madelay ang tracing sa mga tao (The doctors told us to expect a surge in cases this June and July because of the GCQ and the delay in the tracing of people)," the mayor said in an interview via 87.5 FM Davao City Disaster Radio.

Duterte-Carpio said under GCQ, more establishments have been allowed to operate under a limited workforce.

Public mass transportation has also resumed but physical distancing must be observed.

In a bid to limit the movement of people and prevent the spread of the disease, food and medicine (FM) passes will continue to be implemented in the city.

"Final answer sa security group, i-implement gihapon ang food and medicine pass. Enough na nga daghan kaayo ang nanggawas because of work. So tama na na sila. Di na nato ablihan tanang gripo (Our security group's final decision is to continue to implement the FM pass. Since many are already going out to work, this is just the right control measure to prevent everyone from going out of their homes)," Duterte-Carpio said.

The city has also issued a risk assessment of barangays in the city to warn people of areas where the risk of infection is high.

Meanwhile, the mayor expressed concern over the delays in contact tracing.

Duterte-Carpio said a Sars-Cov-2 positive individual may have infected others during the 14-day window before the onset of symptoms. However, they are not detected immediately by health authorities within the 14-day window.

In response, the city is also looking at the possibility to hire more people to assist in its contact tracing efforts.

As recommended by the World Health Organization, government units that are planning to lift their restrictions must be able to test, trace, and treat its citizens.

In Davao City, there are now two testing facilities-Southern Philippines Medical Center (SPMC) and the Davao One World Diagnostic Center Inc. More testing facilities are currently being processed and are in different stages already.

As more test facilities are operational, the local government unit and health authorities are able to detect more individuals who may be carriers of the virus.

In terms of treatment, the city has established quarantine facilities around the city to help decongest SPMC.

Meanwhile, data from the Department of Health in Davao Region (DOH-Davao) showed that from May 16 to May 31, 2020, there are already 151 new cases since the GCQ began in the region, bringing the total number of Covid-19 cases to 348. May 29, 2020 recorded the highest number of new cases in the region with 52.

As of June 1, 2020, Duterte-Carpio said there are already 306 Covid-19 cases recorded in SPMC with 129 recoveries and 29 deaths. Active cases are currently at 148 and are housed in SPMC and various isolation facilities within the city.

Earlier, Duterte-Carpio also warned of a surge in cases as more stranded passengers and overseas Filipino workers (OFWs) return to Davao City and to the neighboring provinces.

She said stranded passengers, coming from Covid-19 infected areas, might carry the virus.

With the recent pronouncement of the Department of Transportation (DOTr) for the resumption of commercial flights, the mayor said the city government wanted to require people flying out of the Francisco Bangoy International Airport (Davao International Airport) to undergo health screening to ensure that individuals boarding their flights are free from Covid-19.

She also said the City Government made the same proposal to DOTr, considering that it is more difficult to conduct contact-tracing if ever one passenger later turns out positive of the disease.

“During sa discussion namo, niingon ang doctor, kung diri ta mag-check ang mahitabo ana kung duna'y positive, mahurot ka-quarantine ang mga airport employees and pati mga airline crew. Nagsulti ang doctor dapat daw ang testing should be done before departure dili upon arrival (During our discussion, the doctors told us that if the screening is done at the airport upon arrival, we would risk our manpower if we keep on putting airport staff and airline crew under quarantine. Testing must be done before departure and not upon arrival),” she said.

Under her proposal, she screening of a passenger should be done a day or three before the scheduled flight.

She emphasized that other airports should also do initial testing before passengers would be allowed to be on the plane, like what the Davao City government is planning to do.

At present, passengers of sweeper flights are only tested upon arrival.