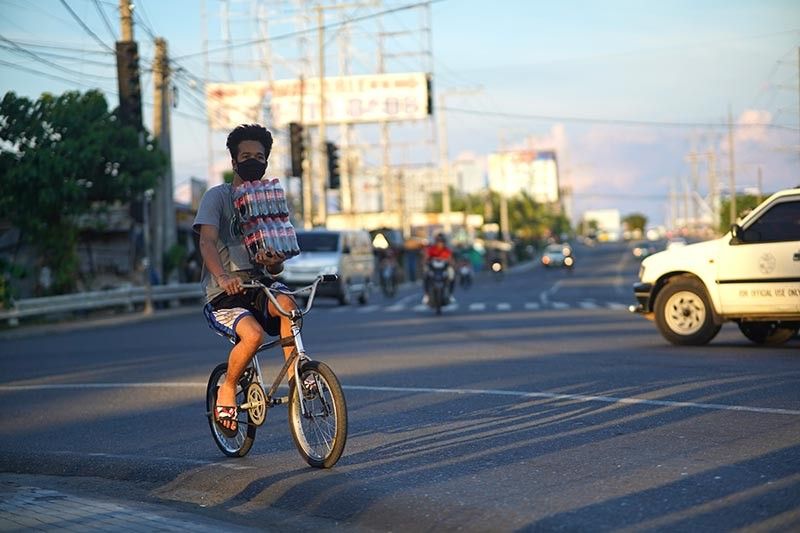 THE Davao City Government is now preparing the bike lanes in the city to make the roads friendlier to bike riders, Mayor Sara Duterte-Carpio announced in a radio interview on Monday, June 1.

Duterte-Carpio said the City, through the City Transport and Traffic Management Office (CTTMO), is currently reviewing the City Ordinance 0409 or “The Bicycle Ordinance of Davao City.”

The mayor said CTTMO is currently finalizing the bike routes and for them to demarcate it.

The mayor also said this is also in compliance with the Department of the Interior and Local Government (DILG) urging all local government units (LGUs) to establish bicycle lanes in all local roads to support those who will bike to their work destination due to the reduced capacity of public transportation under the general community quarantine (GCQ).

“Because of limited mass transportation, most people will resort to biking as a means of going to and from work. LGUs, therefore, have to be ready with the bike lanes in their areas to ensure the safety of the cyclists,” DILG Secretary Eduardo M. Año in an issued advisory.

Año also said that local governments must also ensure that all bicycle lanes are free from any obstruction to prevent any untoward road accidents.

Duterte-Carpio, meanwhile, said she would still have to get the timeline from CTTMO.

But the mayor said creating the bike lanes is urgent.

The Bike Ordinance was passed in 2010 by the late City Councilor Leo Avila that aims to promote the use of bicycles as a safe, affordable, and environment-friendly mode of transportation.

The ordinance also contains provisions on bicycle user safety measures, traffic rules and regulation, incentives, and amenities for the city.

To ensure safety and security, Article III Section 7-10 of the ordinance also discusses the bike registration, user identification, user education, and user insurance. This is also to protect the bicycle riders from future untoward incidents that may happen on the road.

In a recent phone interview with the current City Council Transportation Committee head Conrado Baluran, he said the ordinance still has not yet been implemented until today because it still lacks the implementing rules and regulations (IRR).

“It’s difficult to implement that in Davao City because our roads, our main thoroughfares are narrow. It’s not practical for the city streets,” Baluran said.

Acknowledging the need, Baluran said he would discuss with the Land Transportation Office, Land Transportation Franchising Regulatory Board, City Transport and Traffic Management Office, Department of Public Works and Highway, and other concerned agencies so bike lanes can be identified and actions may be taken.

Different environmentalists and bike-enthusiasts groups have long been urging the local government to establish bike-lanes prior to the coronavirus disease (Covid-19) pandemic. (With reports from Jennie P. Arado)