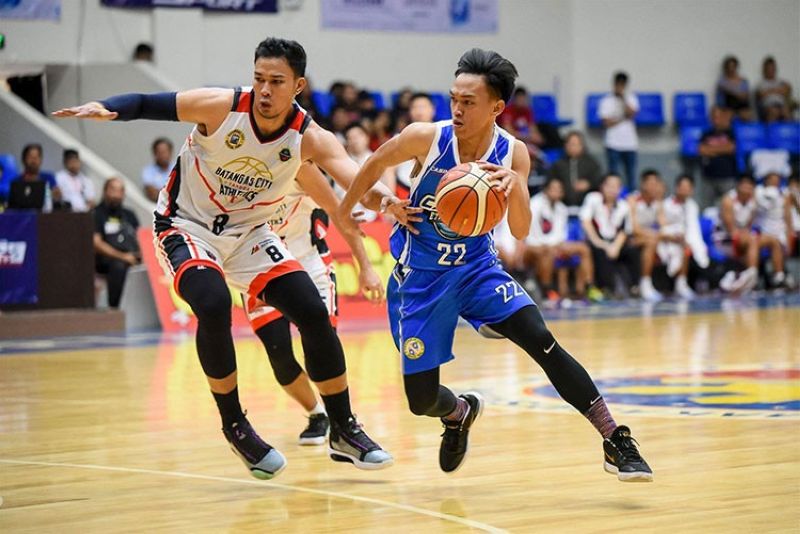 CEBU. Cebu guard Jaybie Mantilla says he will just focus on his job as SK chairman of Barangay Suba with the MPBL season canceled. (MPBL)

CEBUANO players were left saddened and frustrated by the announcement of the cancellation of the 2020-2021 season of the Maharlika Pilipinas Basketball League (MPBL).

In a memorandum that was sent to all of the league’s teams on Monday, June 1, 2020, MPBL commissioner Kenneth Duremdes said with contact sports still not allowed and the league television partner ABS-CBN Sports and Action shut down, they deemed it best to just cancel the season and move the next one’s opening to June 12, 2021.

Cebuano players who are playing for different MPBL squads including those from the Cebu-Casino Ethyl Alcohol said they understood that the decision was made with everyone’s best interest in mind but said they now have to find other ways and means to earn money during this time.

“It’s sad and of course, we’re going to have a problem since we can’t earn money from playing basketball for quite some time. For the meantime, I will look for another line of work to earn and be ready for next season as we were assured by our team that when the league, resumes we will still be with the team,” said Cebu-Casino Ethyl Alcohol’s Joel Lee Yu.

Lee Yu’s teammates Nichole Ubalde and Jaybie Mantilla added that they just had to focus on other things while basketball isn’t available.

“I feel sad, but at the same time, I feel safe because of the situation right now. I just want to look at the bright side: I’ll just enjoy my vacation and spend more time with my family,” said Ubalde.

Mantilla on the other hand, said he would just focus his attention on his responsibilities as Sangguniang Kabataan chairman of Barangay Suba.

“I understand their plans since this is for everyone’s safety. It’s better if the league resumes when there are no more Covid-19 cases in the Philippines,” said the one-time Cebu Schools Athletic Foundation Inc. (Cesafi) Most Valuable Player. “As for now, I’ll just focus on my duty as SK chairman of Brgy. Suba, and to serve the youth here in our place.”

Former PBA guard Macmac Tallo was also disappointed with the cancellation of the season as he was eager to prove his worth once again after a forgettable stint with the Manila Stars.

Two former Cesafi standouts who were excited to make their MPBL debuts for Valenzuela will also have to wait a little while longer. Two-time Cesafi three-point champion Tristan Albina said he will tend to his online job to help pay the bills and also stay ready for next season.

“I feel sad because supposedly, this is my rookie season. I was excited, but health is our top priority especially nowadays,” said the former University of the Visayas gunner. “I’ll just keep on doing extra workouts. I need to be physically fit all the time even though the season is suspended. All of these will be temporary only. I always look at the positive side.”

Cesafi Mythical Five member Darrell Shane Menina said that instead of feeling down about the situation, he’ll take the time to continue training and appreciate what he still has.

“Of course, it’s disappointing but there’s a reason for everything. I’ll keep on training and stay in tiptop shape and be ready for next year. Also, we have to appreciate and be thankful for the things that we have right now,” said the former court general of the University of Cebu.

With regard to the semifinals and the eventual finals of the Lakan Season involving Davao Occidental and Basilan from the South Division and San Juan and Makati in the North Division, Duremdes said these would still proceed once contact sports are allowed.

However, all these games shall be played at one venue with no audience. All the players and officials involved shall also be quarantined in just one area.

Duremdes also bared plans for a pre-season tournament should contact sports be allowed within the year. Teams have the option of joining this tournament to prepare for the next season.

In addition, Duremdes also announced that no current team shall take a leave of absence from the league for the 2020-2021 season and teams are advised to give players under contract at least 20 percent of their salaries.