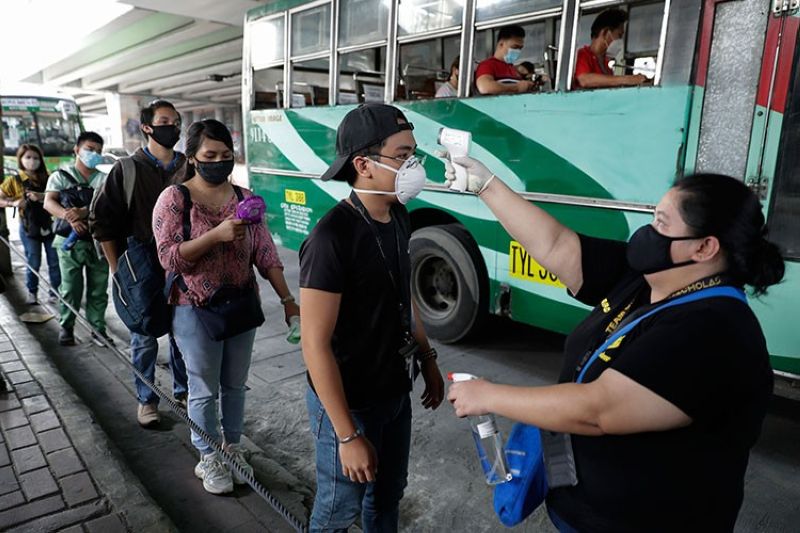 MANILA. People have their temperatures checked before boarding a bus during the first day of a more relaxed lockdown that was placed to prevent the spread of the new coronavirus in Manila, Philippines on Monday, June 1, 2020. (AP)

These fresh cases provide a clearer picture of the rate of infection in the country.

The DOH also reported six deaths in the last 24 hours, raising the death toll to 966.

This is the fourth consecutive day of single-digit mortalities, ranging from 3 to 8. The three mortalities reported on Monday, June 1, was the lowest in about two months.

Recoveries increased to 4,063, with 84 reported Tuesday.

Globally, more than six million people have been infected by the novel coronavirus, or Sars-CoV-2, which causes Covid-19.

The disease has killed 371,166 people as of June 1, 2020, the World Health Organization reported. (Marites Villamor-Ilano/SunStar Philippines)