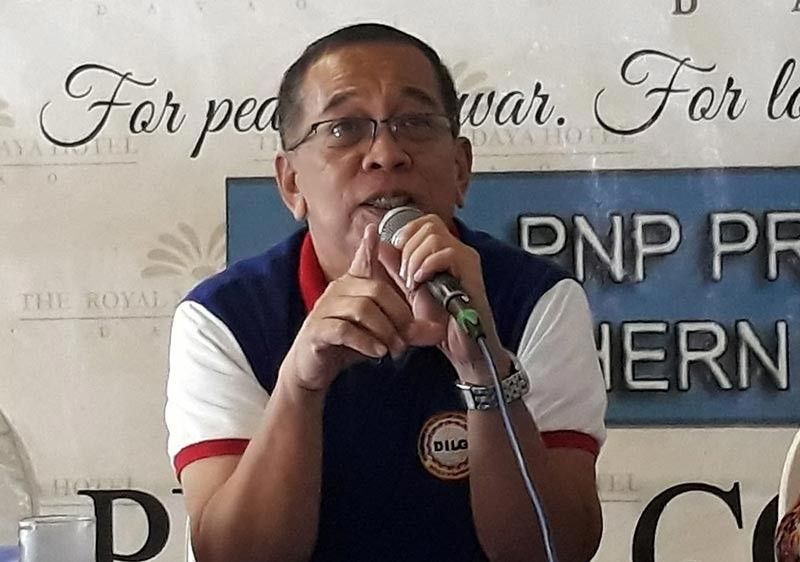 AN OFFICIAL from the Department of the Interior and Local Government (DILG) in Davao reminded barangay officials to get legal consultation before implementing any actions or initiatives.

DILG-Davao Director Alex Roldan made his statement in a radio interview on Tuesday, June 2, on the issue of Barangay Mahayag declaring its own resident "persona non grata" for allegedly posting online malicious statements against barangay officials.

Barangay Mahayag in Bunawan District, through its official Facebook page, posted on May 29 a resolution declaring a certain Ruena Barriga persona non grata for her "degrading and defamatory" posts on her Facebook account against barangay officials. This drew the ire of many netizens.

Davao City Mayor Sara Duterte-Carpio in a recent interview also said that the action made by the barangay has no legal bearing. But she clarified she has yet to raise the issue to the City Legal Office.

Roldan also said that the action made by the barangay is questionable.

Roldan said persona non grata is usually imposed on foreigners or outsiders who issued rude statements or showed rude or unacceptable behavior to a certain community or area.

The DILG official also said the barangay has no right in restricting one's right to travel.

He added that they would hardly impose such resolution as it has no legal bearing.

"This is just an expression that we do not want the group here in our area. But it does not specify a certain individual," Roldan said.

The official said barangay officials could have consulted a lawyer before they executed the resolution.

"Ang hangyo lang nako sa mga barangay officials before they proceed in doing that, mokonsulta sila og abugado nga nakahibalo because they are inviting more trouble. Kung karon naa sila resolution, ang pangutana how can they implement it? (I'm asking our barangay officials to consult a lawyer before proceeding to such action as they are inviting more trouble. Now that they have implemented such a resolution, how will they implement it?)," he said.

SunStar Davao continued to reach out to Mahayag Barangay Captain Eufemia Baquirel for comments on his barangay's action through a text message and phone call. However, she has still not responded as of press time.

He said officials should not have imposed such punishment as they are not given authority to impose one.

"Kung imo nang gipasalom, imo na kanang gisilutan nga dili mana nimo trabaho. Trabaho mana sa atong justice system. Simbako nakatulon kadto og tubig..., unya mag labad ang ulo ato, we have to be very careful. Naa naman hinuo'y investigation gihimo ana. But dili gyud na siya pwede (It is not your job to punish violators by letting them swim in the canal. That is what our justice system is for. We have to be careful. What if the person accidentally drank the canal water and started to feel sick? There is already an investigation into this but this should not have happened in the first place)," Roldan said.

He also reminded law enforcement agencies, in implementing and enforcing curfew ordinances, to observe the fair and humane treatment of community quarantine violators.