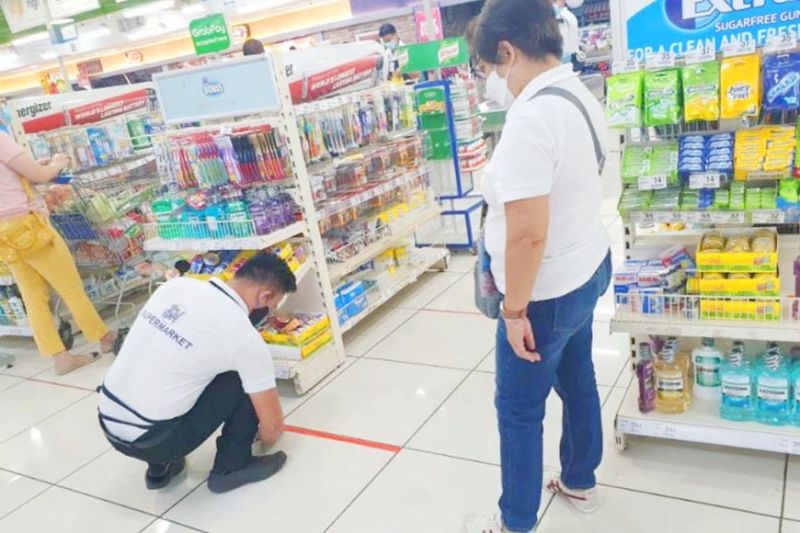 MALLS and establishments in Cebu have already transitioned to the new normal setup, an official of the Department of Trade and Industry (DTI) said.

DTI Assistant Secretary Asteria Caberte said more types of businesses have re-opened during the first day of the general community quarantine (GCQ) but she pointed out a few improvements that need to be done, particularly on social distancing.

“Our malls and major business establishments were ready except for a few. We had strict instructions on the implementations of the markings in the escalators, the queuing, the teller. (But) we are all set,” she said.

Caberte went on field Monday, June 1 to check if the Inter-Agency Task Force on Emerging Infectious Diseases guidelines were being followed by businesses that were allowed to open in GCQ.

“Transitioning is not easy as I observed on the first day. Everybody has to be responsible. We have to do our share also,” she said.

The DTI official commended cosumers for their disciplined behavior inside the malls and stores.

Caberte stressed that even if Central Visayas is in GCQ, consumers should not go out of their houses if not for essential buying.

“We can’t just go out leisurely. We can go to the mall but only to buy essential things,” she said.

Due to the lack of public transportation, Caberte saw few people in malls on the first day of GCQ,

“This is a slow process. Everybody should take on their role, their civic duty to help,” she said.

Under the DTI Memorandum Circular 20-21, Series of 2020, limited operations in malls and shopping centers are allowed except for leisure establishments and services which shall continue to be closed.

“Establishments and services allowed to operate in malls and shopping centers may only operate at maximum of 50 percent work-on-site arrangement,” the DTI said.

DTI also issued guidelines to limit foot traffic in malls and shopping centers for strict compliance by mall operators and commercial establishments to discourage loitering and unnecessary foot traffic inside the malls.