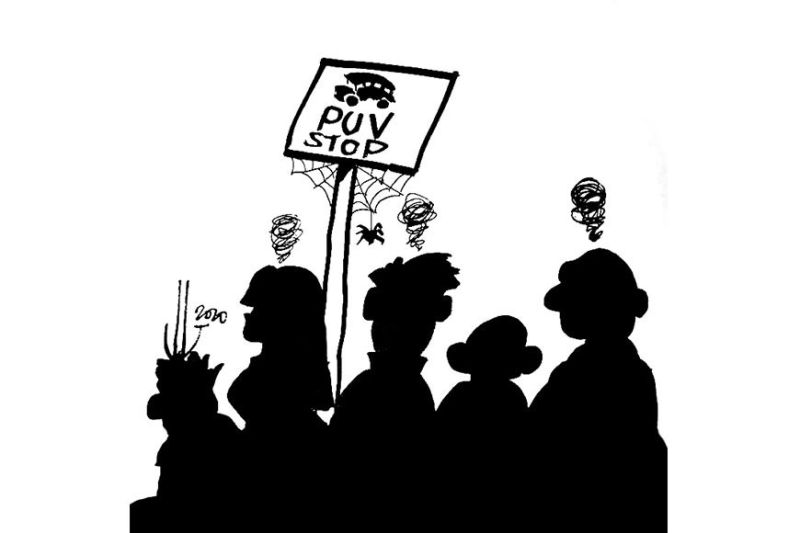 THE Land Transportation Franchising and Regulatory Board (LTFRB) probably finds the pandemic the best occasion to finally push the traditional jeeps out of the roads. To provide guidelines for public transport during the general community quarantine, it had released Memorandum Circular 2020-017.

The memo emphasizes the agency’s regional regulatory offices as the approving authority for route reopening and resumption of public transport applications from local government units.

The same memorandum says that under GCQ, the preferred units of transport are the public utility buses. They will be plying on LTFRB-approved routes.

LTFRB 7 Director Eduardo Montealto Jr. says they have already approved 17 routes in Cebu City. They are allowing buses and modern jeeps on these routes. So far, we have not heard a word from the Cebu City Government on its reply on the plight of the traditional PUJs.

This week, the PUJ drivers group Pagkakaisa ng Samahan ng Tsuper at Operators Nationwide (Piston) took their sentiments on social media by launching “Bumusina para sa Balik-Pasada.” They are asking that traditional PUJs be allowed to operate in Metro Cebu while under GCQ.

The LTFRB memo, however, is very clear in its rule on traditional PUJs—that only those that are compliant to the Omnibus Franchising Guidelines are allowed to travel. This means that operators who have since been resistant to omnibus operations or cooperative scheme won’t have a place under the “new normal.”

The first day of the GCQ, however, saw the expected disproportionality between commuter volume and available public transport. A LTFRB 7 official says this is “normal,” considering that only a few buses have been given special permits.

Mandaue City Mayor Jonas Cortes says the City is yet to ask for special permits for the Mandaue-Cebu City buses. At the same time, expressing his sympathy for the displaced PUJ drivers, he had asked the management of Ceres Liner to hire them. The drivers can now submit their applications to the company.

In Lapu-Lapu City, Mayor Junard Chan told SunStar Cebu that, as a way to support the PUJ drivers in his city, while they are not allowed to cross the border to Mandaue City, they will create improvised routes for the PUJs within the city. A fair enough call, the drivers get livelihood while the city restores public mobility.

The LGUs, with grit, heart and creativity, can help the much-affected PUJ drivers in the time of displacement. If government could no longer shell out more for “amelioration,” it can certainly allow leeway for the underprivileged as of the moment while we’re trying to fix the economy. There is a lot of humanity in the act of setting aside for a little while the jeepney modernization law.