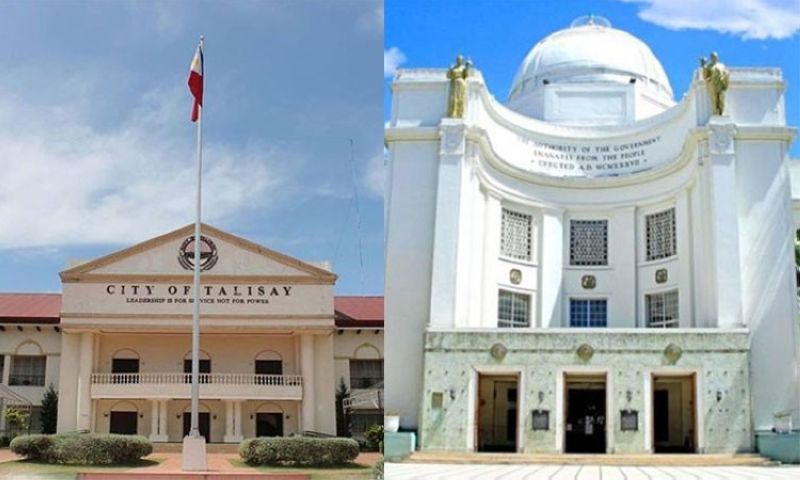 Labella's EO #79, series of 2020, on border control and checkpoints and inter-zonal and intra-zonal movement, provides that Cebu City shall honor any document (travel pass, vehicle pass, border pass) issued by Mandaue City and Lapu-Lapu City to their residents for entry, exit, or passage through Cebu City.

That provision, presumably also contained in the EO of Mandaue and Lapu-Lapu, simplifies the rule on movement of people within the Metro Cebu area.

But then, neither do the rules of Governor Gwen Garcia's EO #17 and #17-D mention about any "reciprocity" or similar agreement" with the three cities.

The province and Talisay also didn't take part in the "mass testing" project of the three cities, which Presidential Assistant for the Visayas Michael Dino initiated.

The explanation is that Cebu City, Mandaue City and Talisay City entered into a "reciprocity agreement," which does not include the Capitol, for the province, and Talisay.

The not-publicly-answered question is why weren't the two local governments included, when participation of the major LGUs in Cebu island was crucial and would've helped a more efficient coordination among them.

Less confusion or complication on rules, less hassle for the residents who are bound to comply with them.

How would a physical confrontation between Solicitor General Jose Calida and ABS-CBN actor Coco Martin end up, if the government's No. 1 lawyer and the "Ang Probinsyano" actor would escalate their war of words to the next level?

Calida digitally appeared Monday, June 1, before the joint committee hearing at the House of Representatives, saying that if he were not Solgen, "I will make you eat your words."

That may mean he would beat up Martin by using superior force or weapon. Calida, 70 this July, couldn't be expected to overcome the much younger actor, 38 last November, in a hand-to-hand combat, a duel using firearms or knives, or a similar match.

Martin was quoted by Calida as saying that he was ready to defend to the death his family, the workers of ABS-CBN, even if the government official would kill him.

Martin didn't understand the franchise issue, Calida said. The actor must think "he can solve the problems the same way as he solves them on the screen, with macho bluster and bravado."

Calida doesn't understand that with Martin's youth and practice in physical combat, even if on screen, could take the lawyer down easily. But then Calida didn't say anything about a fair fight to make Martin "eat" his "words." A video recording of the confrontation might assure that.

Whom do you think would be bothered about the problem of internet service in the Philippines amid the surge in the demand driven by the pandemic?

In a resolution (#414), Lapid asks for a Senate inquiry into the status of internet connectivity in the country.