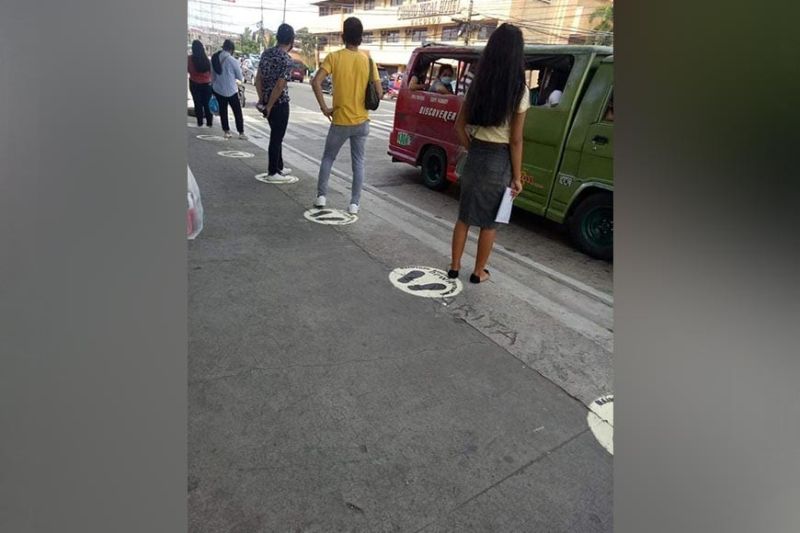 SEVERAL markers were already painted in various areas in Bacolod, especially in loading areas for jeepney passengers to guide commuters in observing the social distancing protocol.

Gasataya said last week, he requested the Department of Public Works and Highways (DPWH)-Bacolod to put a marker along the city’s national roads.

He said on Monday, DPWH has started the painting of markers along Magsaysay Street and other areas in the city.

“We are appealing to our commuters to use the markers to practice the social distancing to prevent the spread of coronavirus disease (Covid-19). While they are waiting for a public utility jeepney, they should use the marker with at least one meter between each other,” he added.

Gasataya noted the DPWH will also coordinate with the Bacolod Traffic Authority Office (BTAO) to identify all the loading areas in the national roads.

“After the national roads, the DPWH can also assist the city government to put up markers to observe social distancing in other areas in Bacolod,” he said.

Last week, the City Council already approved on third and final reading an ordinance requiring mandatory use of face mask and observance of social distancing in all public places in Bacolod during the emergency caused by Covid-19 pandemic and providing penalties thereof.

The ordinance was authored by Councilor Archie Baribar, chairperson of the committee on senior citizens and veterans affairs.

The violators will be fined of P200 or eight hours community service in the barangay where he resides with the next 24 hours from his apprehension. If he is not a resident of Bacolod City, he shall be penalized with a fine of P300.